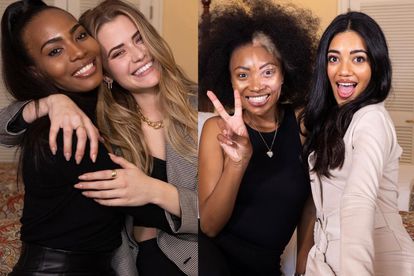 Four of the 10 Miss SA finalists. Images via Instagram @officialmisssa.

Four of the 10 Miss SA finalists. Images via Instagram @officialmisssa.

The wait is over! The official Miss South Africa pageant is almost here. This evening the top 10 finalists will compete for the title of Miss South Africa in the live show which is going to be held at the Grand Arena, GrandWest in Cape Town. The winner will be crowned by the current Miss South Africa Shudufhadzo Musida.

The pageant will be hosted by television and radio personality Anele Mdoda and actor Nico Panagio. While former Miss Universe’s Zozibini Tunzi (2019) and Catriona Gray (2018) will be the backstage presenters.

“Here is a glimpse into our selection committee’s thoughts after the interview sessions with our TOP 10 finalists ????,” the post was captioned.

HOW TO WATCH MISS SA THIS EVENING

The Miss South Africa pageant will be screened live from 17:00 on M-Net (DSTV channel 101 and Mzansi Magic (DSTV channel 161). The pageant will also be streamed live on the Miss SA website, along with other exclusive content such as the pre-show and an interview with the winner. An all-access online pass costs R114.

A LOOK AT THE LIVE SHOW REHEARSAL AND STAGE PREPARATIONS

“Some sneak peek pictures from our finalists roomie interviews ????,” the post was captioned.

Miss South Africa also shared a teaser clip of the live show rehearsal and stage prep on their YouTube channel.