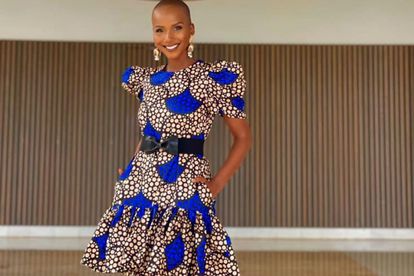 Former Miss South Africa Shudu Musida is representing the country at the Miss World pageant in Puerto Rico on 16 March.

Shudu will compete against beauty queens from 112 ations at the Coliseo de Puerto Rico Jose Miguel Agrelot. The event required the biggest event according to the organisation because of the demand for tickets.

This comes after the Miss World pageant in December 2021 because of COVID-19 concerns.

“After meeting with the virologists and medical experts hired to oversee the Miss World 2021 event and discussing with the Puerto Rico Health Department, the decision has been made by the organisers of the event to postpone the globally broadcast finale at the Puerto RicoColiseum Jose Miguel Agrelot to be held within the next 90 days,” read the statement.

“As of yesterday, additional safety measures were implemented in the best interest of the contestants, production team and spectators, understanding the event increased risks on the stage and in the dressing room. However, after additional positive cases were confirmed this morning after consulting with health officials and experts, the postponement decision was made,” the statement continued.

HOW TO WATCH THE PAGEANT IN SOUTH AFRICA

DStv subscribers may be able to watch the beauty pageant on channel 101 (M-Net) according to Swisher Post but this has not been confirmed.  The event is at 02:00 – 05:00 South African time.

The event will also be streamed live from the Miss World website behind a paywall of $5 (R225).The live stream link for the pageant is not yet available but this article will be updated with the link when it goes live.

UPDATE – The Miss South African organisation is still working on finding a solution for Mzansi to stream the pageant.

Swisher Post predicts the “must win” categories for Shudu are,

ALSO READ: Here’s why Lalela has been picked to compete at Miss Supranational