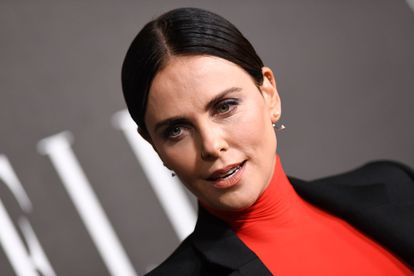 The collection is a re-imaging of Christian Dior’s 1947 New Look.

“I think it’s quite exciting seeing how two brands from such completely different heritages, histories and geographies come together to sit down and have a visual conversation,” Magugu told WWD in October.

The collaboration was made possible by the Charlize Theron Africa Outreach Project (CTAOP) launched in 2007 to advance the health, education, and safety of young people living in Southern Africa.

The Academy Award-winning actress and UN ambassador shows off some of the creations of the six-piece capsule in her latest Instagram post.

She captioned the snap: “Get your @thebemagugu x @ctaop special collection piece now from @Dior! They won’t last, and it’s for the best cause.”

Take a look at some photos of the capsule posted by the designer on his Twitter account.

“I am proud to introduce my new capsule in collaboration with Dior; one that benefits CTAOP – a foundation created by my fellow South African Charlize Theron – which invests in the health, education, and safety of young people living in Southern Africa,” Magugu said of the capsule.

Magugu is the youngest recipient of the LVMH Prize and the first African to receive the prestigious distinction.

The talented designer’s designs have been a hit with celebrities, such as Rihanna, Miley Cyrus and Keeping Up With The Kardashians reality star Kylie Jenner.

Earlier this year, Magugu’s tennis collection in collaboration with Adidas debuted at the 2022 US Open.

At the time, the designer declared on his social media that the inclusive sports range is for “inspirational Adidas athletes who are passionate about showing support for what matters and encouraging diversity and inclusivity on and off the court”.