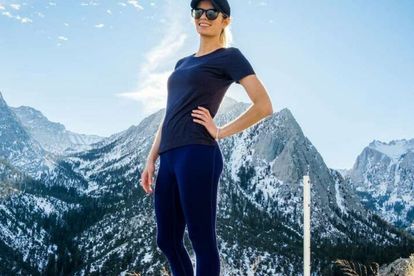 “When I had children, I also didn’t wash them every day, I wasn’t that parent that bathed my newborns — ever,” said Kunis on Dax Shepard and Monica Padman’s podcast, Armchair Expert.

“If you can see the dirt on them, clean them. Otherwise, there’s no point,” added Kutcher.

Reality star Coco Austin also revealed she does not shower daily. While Cardi B said these celebrities not showering is “giving itchy”.

Aquaman star Jason Mamoa confirmed that he does shower daily.

“I’m not starting any trends. I shower, trust me,” said Momoa to Access Hollywood.

Clothing brand HercLéon has a solution for those who don’t shower daily with their self-cleaning clothing which ranges from underwear to T-shirts. The pants are made from the company’s bacteria-fighting fabric called the HercFiber which is created from a blend of bamboo, eucalyptus, beechwood and copper fibers. These are anti-infection and anti-bacterial.

When the copper is “waved (into) the fabric, you get a special sauce that fights your ‘special’ sauce,” according to HercLéon. Although the products are self-cleaning, you need to let the clothing item “air out” for a few hours after a day of use.

“This should not be an excuse for skipping a shower. It’s just your underwear, not a bodysuit,” said HercLéon to Dazed Digital.

Here is a look.

The pants are intended for travellers and hikers. However, Tweeps have pointed out that it can be given to homeless people.