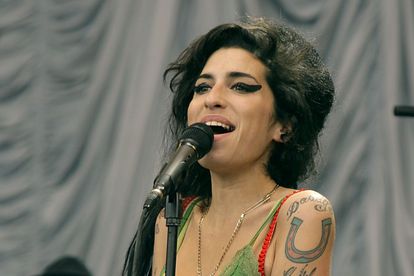 According to Foden, he created the hairstyle for laughs but ended up impressing Winehouse and those around them and before he knew it, he was always equipping the Back to Black singer with her signature beehive.

Amy’s beehive: From a laugh to a look

British singer and songwriter Amy Winehouse blessed the world with her beautiful and soulful music. While her personal life was riddled with emotional trouble, her music put many at ease. One thing we can remember about Amy, who was just 27 when she passed away 10 years ago from a drug overdose, is her signature beehive.

While reflecting on the 10-year anniversary of her death this month, her Foden shared how her icon look was born. According to Foden, he was styling Winehouse for her Back to Black music video when he jokingly created the large beehive.

Surprisingly enough, everyone liked the look on Amy and soon Foden found himself making bigger and fancier beehives on her head.

ALSO READ: Ashley Olsen hikes with a drink in one hand and machete in the other

“As a joke, I backcombed her hair massively and put an extra packet of hair in.

“I said, ‘There you go, let’s go and show the finished look’, taking the p*** obviously, and as we came out the trailer everybody went, ‘Oh my God! That is it, that is the signature look,” he said according to a Sunday People article.

Beehive aka hiding place: The case of a lost phone

IOL reports how Foden warmly recalls Amy losing her cellphone inside the big poof on her head.

According to him, she had been searching for the missing device for three whole days before scratching in her head and finding it.

Amy died on 23 July 2011 at only 27 years old after battling with drug and alcohol abuse. Despite the fact that she bagged herself a number of Grammy awards and top albums, Foden describes her as a “normal girl”. He also added that she loved making people happy and was a pretty good listener.