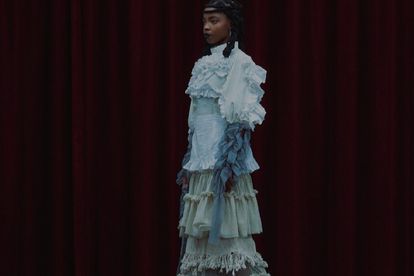 South African Fashion Week, in collaboration with Poland’s ‘Next Top Model Polska’, will again be a hybrid event. Image via @safashionweek/Instagram

South African Fashion Week, in collaboration with Poland’s ‘Next Top Model Polska’, will again be a hybrid event. Image via @safashionweek/Instagram

The South African Fashion Week (SAFW) is staging the Autumn/Winter ’23 collections at Mall of Africa in October.

27 designers will launch their new collections on the runway from 20 to 22 October and 40 will exhibit at the Trade Show on 23 and 24 October.

41 SEASONS SINCE THE INCEPTION OF SAFW

According to director, Lucilla Booyzen, this year marks 41 seasons since the inception of SAFW in 1997.

“We remain committed to the business of fashion, of marketing and supporting our designer entrepreneurs, creatively and commercially, and most importantly, to provide a platform which gives the visibility required to access the local, and global, fashion industry.”

The commercial support received by trendsetting brands such as mobile phone Oppo, Cruz Vodka and Mall of Africa, with the vision to associate with this emerging fashion identity, is critical to maintaining momentum.

Leemisa Tsolo, head of Asset and Property Management – Retail of Attacq Limited, the owners of Mall of Africa, believes the association with the SAFW is one of the reasons why young South Africans have selected it as the Coolest Mall for five consecutive years in the Sunday Times Generation Next Awards.

“They resonate with our vision of associating with these creative entrepreneurs who are in effect visualising South Africa’s contribution to the world of fashion.”

Cruz Vodka, too, believes that fashion reflects the culture of a country and that it’s about more than clothing. “Fashion becomes the attitude the collective wears” says Maisha Mamabolo, brand manager of Cruz Vodka.

According to Booyzen, the SAFW will again be a hybrid event combining runway shows at Mall of Africa as well as an online release. “We are ever grateful for the recognition and support of our partners that make this showcase possible.”

This season SA Fashion Week is in collaboration with Poland’s Next Top Model Polska.

Poland’s Next Top Model Polska is a reality competition programme, where boys and girls who dream of becoming models have a chance to enter the fashion world.

It is based on America’s Next Top Model format run by the legendary Tyra Banks. For the past 10 seasons, Poland’s Next Top Model has been one of the most popular prime-time shows in Poland. Every year, 14 aspiring models fight for the grand prize and recognition in modelling.

In the course of the show, the best girls and boys attend one of the most coveted fashion weeks in the world. This year the top seven will compete in castings with experienced models for an opportunity to walk the runways of South African Fashion Week.

Comprehensive information and detailed biographies, of each designer, can be found on their respective pages here.