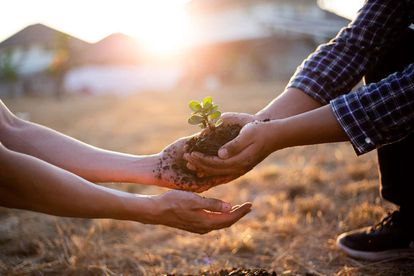 Cape Town based award-winning non-profit organisation Greenpop has been selected as an official support partner for the United Nations (UN) Decade on ecosystem restoration.

The UN Decade is a global rallying cry to heal our planet. The collaboration between Greenpop and the UN Decade is to restore the planet’s ecosystems in a span of 10 years. The UN Decade runs from 2021 to 2030 and aims to,

“prevent, halt and reverse the degradation of ecosystems worldwide,” according to Greenpop.

The non-profit orgranisation was started in 2010 when Misha Teasdale was returning to Cape Town after travelling. He then discussed the negative impact of the nomadic lifestyle on the environment with a group of friends over dinner one night and collectively they decided to come together and “get their hands dirty for the planet”.

Greenpop was born out of the need for an organisation that connects people to the planet which resulted in Misha, his partner Lauren and their friend Jeremy coming together and focusing all their energy on making this a reality.

WHAT DOES ECOSYSTEM RESTORATION MEAN?

According to Greenpop, ecosystem restoration means assisting in the recovery of ecosystems that have been degraded or destroyed and conserving the ecosystems that are still intact.

“As a Supporting Partner, Greenpop will be assisting with the promotion of the Decade’s key activities and priorities, as well as reporting our restoration KPI’s where it supports the goals of the Decade,” said Greenpop on their website about the UN Decade.