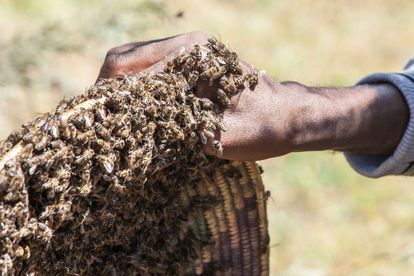 The importance of safeguarding the ancient practice of finding wild honey with birds: Image: Adobe stock

The importance of safeguarding the ancient practice of finding wild honey with birds: Image: Adobe stock

In parts of Africa, a small bird called the Greater Honeyguide (Indicator indicator) helps people search for honey. It approaches people and chatters and flies in the direction of a wild bees’ nest, urging the person to follow. When bird and human reach the nest together, the human honey-hunter knows just what to do: they subdue the bees and harvest the honey with smoke and tools. When that’s done, the little bird feeds on the beeswax and larvae left behind.

This scene has been playing out in Africa for thousands of years. It may even date back to up to 1.5 million years ago when hominins are thought to have gained control of fire. This unique human-bird partnership is a remarkable example of cooperation between people and wild animals that has arisen through natural selection. Today, human-honeyguide cooperation is becoming scarcer because of changing cultures and deteriorating habitats.

Our review paper, published in Conservation Letters outlines possible ways to safeguard active cases of human-wildlife cooperation. Other examples include human-dolphin cooperation that still occurs in Brazil and Myanmar.

Honey is a nutritionally rich food that is also used in medicine, ceremonies and alcohol brewing in many parts of Africa.

The cooperation has deep cultural value. In northern Mozambique, Yao honey-hunters are well regarded in their communities because of the valuable skills passed from father to son. In Cameroon, honey-hunting with honeyguides is a key aspect of oral history.

Honeyguides benefit from the interaction, too. They supplement their insectivorous diet with energy-rich beeswax, which is otherwise much less accessible to them. Human-honeyguide cooperation is a boon for other wax-eating scavengers such as honey badgers. Our team is currently testing how it may also help to regulate the ecosystem via its effects on bees, trees, and seasonal wildfires.

However, interest in honey-hunting, and so in cooperation with honeyguides, is declining across parts of Africa. There are several reasons for this. First, alternative sugar sources are more readily available. Beekeeping has also become more common (so people do not need to be led to wild bees’ nests). Opportunities for Western education have also increased, shifting away from the traditions and Indigenous knowledge that are an ancient part of humans’ heritage and evolutionary history.

Our co-author Dr Hussein Isack first highlighted these issues during his pioneering research in Kenya in the 1980s; they have only accelerated since.

Even when the interests of people and wildlife do align, conservation is not straightforward. Human-honeyguide cooperation faces a specific set of conservation challenges, as it requires four components to function. These are a motivated human, a motivated honeyguide, a suitable environment, and compatible knowledge and skills to engage in the interaction. Our review highlights that environmental and cultural change threaten these four components in both this and other cases of human-wildlife cooperation.

Specifically, the opportunity to honey-hunt has been lost in many places because people have been excluded from protected nature reserves. Conservation models that prevent residents from living and foraging in protected areas mean the benefits of human-wildlife cooperation are lost – both to the wildlife partner, like the honeyguide, and the wider ecosystem.

Habitat degradation is sometimes another concern. It can harm honeyguide populations and their ability to find bees. Some honey-hunting communities report declines in local bee populations. These are often attributed to increasingly frequent droughts and deforestation.

Finally, the relevant knowledge and skills required to engage in the cooperation can fade away when younger individuals – both people and honeyguides – don’t have the opportunity or desire to learn. In many parts of Africa where honeyguides still attempt to guide humans, human partners have lost the cultural know-how to engage in the interaction. Basic guiding behaviour appears to be innate in honeyguides. We are currently testing the idea that it fades with age unless reinforced and refined by learning. We may find that culture plays a role in its persistence, too.

In centuries gone by, people cooperated with orcas to kill whales, and with wolves to hunt large mammals. These cases of human-wildlife cooperation were wiped out by ecological and cultural change.

Human-honeyguide cooperation may be more resilient given that it is still geographically widespread and is likely genetically hardwired in the birds. Honeyguides will probably keep trying to guide people, even if we don’t always follow them.

Tailored approaches will be needed to safeguard this interaction so that human and animal communities continue to benefit. Such approaches must consider the needs of the human and non-human parties and the availability of suitable environments. They must also take into account how compatible inter-species knowledge can be supported so it doesn’t disappear entirely.

Conservation decision-makers need to focus on understanding both the economic and cultural value of human-honeyguide cooperation. They must integrate associated cultural practices into conservation planning. Campaigns to raise awareness could encourage interest from outsiders, and foster pride in the interaction in the communities involved. Greater awareness can also help avoid unintentional threats to the practice, such as the indiscriminate promotion of beekeeping which reduces demand for wild honey collected with the honeyguide’s help. Local ecological and cultural knowledge must be promoted and archived.

We hope that our collaborative review raises awareness about the unique value of human-honeyguide cooperation and provides guidelines for developing tailored conservation measures. More broadly, the review also highlights that efforts to conserve biodiversity should carefully consider interactions between human and animal cultures.

We are grateful to our review co-authors, to the communities with whom we cooperate in our research, and to the Niassa Special Reserve in Mozambique.