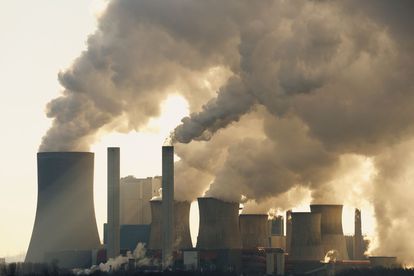 Why does the air in South African Highveld cities smell foul in winter? Image: Adobe stock

Why does the air in South African Highveld cities smell foul in winter? Image: Adobe stock

People living in South Africa’s biggest city Johannesburg have been subject to pungent smells in the air similar to rotten eggs. It’s not the first time citizens have complained about the smell which is related to polluted air. We asked Rebecca Garland an expert in air quality and climate change to shed some light on what’s driving the pollution.

How bad is the quality of the air in Johannesburg?

In winter in parts of South Africa, there is often a haze in the morning and evening from high levels of air pollution. However, occasionally, it’s possible to smell the pollution as some South Africans did in mid-June 2022 in many areas of Gauteng Province. The province is located in what is known as the Highveld – a high altitude inland area where major cities like Johannesburg are located. The industrial Highveld is South Africa’s industrial heartland.

Pollution levels in the Highveld are often unacceptably high – even when there’s no smell. The levels are mapped on the South African Air Quality Information System. In some areas pollution levels regularly exceed the National Ambient Air Quality Standards.

In Gauteng province when the air comes from the east or the southeast where most industries are located, residents can sometimes smell the pollution. In Johannesburg, this generally happens when winds are from east to the south. They can bring in hydrogen sulphide (H₂S), which smells like rotten eggs.

In the winter the particulate matter concentrations regularly exceed the national standards at many of the monitoring stations across the region. For the smallest particles, the 24-hour average standard is 40μg/m³ and the annual average standard is 20μg/m³. Levels should be below these numbers, when the ambient levels exceed these numbers, then air pollution is unacceptably high. From modelling studies, we see that these high levels are wide-spread across the Highveld.

Some small improvements have been seen in particulate matter concentrations since 2007. But not enough to reach the national standards.

What’s the source of the pollution?

Much of it is caused by the burning of fossil fuels. Approximately 86% of South Africa’s primary energy supply is from fossil fuels. To improve air quality over the region, a concerted effort is needed across sectors to decrease emissions. The main sources are coal-fired power stations, industries, vehicles, prescribed burning, solid fuels for cooking and heating and waste burning.

Moving away from fossil fuel sources is a key aspect to improving air quality.

Air pollution levels at the ground (ambient air pollution) generally have a seasonal cycle. In the Highveld, many pollutants have higher concentrations in the winter. This is due in part to the meteorology of the area. There is very little rain in winter, and weather conditions are generally calmer. This can trap pollution close to the ground.

Also, air tends to recirculate over the region and accumulate pollution. And in winter, emissions increase because people burn wood and coal for cooking and heating, there are more veldfires, and conditions are dry and dusty.

Particulate matter are small solid or liquid particles in the air that contribute to air pollution. They include smoke and dust, as well as small particles created in the atmosphere from reactions of gaseous pollutants. Ambient particulate matter pollution is the leading environmental health risk globally.

Who is most vulnerable?

In South Africa, the ambient concentrations of particulate matter, nitrogen dioxide and sulphur dioxide, as well as other pollutants, are regulated under the National Ambient Air Quality Standards. These standards were set at levels to protect human health, as all regulated pollutants have negative effects on health.

The people most vulnerable include those that have lung diseases such as asthma and chronic bronchitis, cardiovascular diseases, infants and young children, and people over 65 years of age.

The air quality is particularly bad in low-income settlements that burn solid fuels for cooking or heating because they can’t afford or aren’t connected to clean energy. The particulate matter concentrations have been found to be higher in these communities than in other communities.

High levels of poor air quality across much of the Highveld region was the basis for the recent decision that confirmed the constitutional right of the country’s citizens to an environment that isn’t harmful to their health.

Concerted and dedicated action is needed to improve the air quality.

What is the impact on health?

South Africa’s annual average levels of particulate matter are generally lower than in some other places in the world, such as India. But when pollution levels exceed national standards, there is a problem. It has been estimated that if fine particulate matter annual standards (20 μg/m³) were met across the country, there would have been 14 000 avoided premature mortalities in 2012.

South Africa does not have an ambient standard for hydrogen sulphide and only a few stations measure it. The State of California regulates the one-hour average level of hydrogen sulphide at 30 ppb to minimise its odour. Measurements at ambient air quality stations on the Highveld that measure hydrogen sulphide have seen peaks at the level where the smell can be detected, but not at the high levels where health can be seriously impact.

When people can smell the pollution, it reveals a problem that is usually “invisible”. Many days, pollution levels are unacceptably high from pollutants such as particulate matter even when there’s no smell.