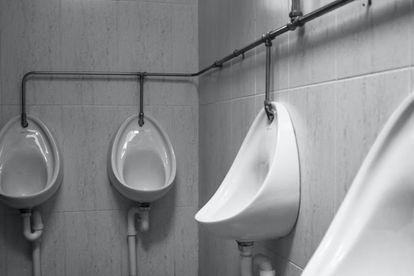 Human urine may seem like a crude way of fertilising plants in the era of industrial agriculture, but as researchers look for ways to reduce reliance on chemicals and cut environmental pollution, some are growing increasingly interested in the potential of pee. Image via Unsplash.

Human urine may seem like a crude way of fertilising plants in the era of industrial agriculture, but as researchers look for ways to reduce reliance on chemicals and cut environmental pollution, some are growing increasingly interested in the potential of pee. Image via Unsplash.

“Go pee on the rhubarb!”

Engineer Fabien Esculier has never forgotten his grandmother’s unconventional approach to gardening in fact, it has inspired his career

Human urine may seem like a crude way of fertilising plants in the era of industrial agriculture, but as researchers look for ways to reduce reliance on chemicals and cut environmental pollution, some are growing increasingly interested in the potential of pee.

Plants need nutrients – nitrogen, phosphorus and potassium – and we ingest these through food, before “excreting them, mostly through urine”, said Esculier, who runs the OCAPI research programme in France looking at food systems and human waste management.

This presents an opportunity, scientists think.

Fertilisers using synthetic nitrogen, in use for around a century, have helped drive up yields and boost agricultural production to feed a growing human population.

But when they are used in large quantities, they make their way into river systems and other waterways, causing choking blooms of algae that can kill fish and other aquatic life.

Meanwhile, emissions from this agricultural ammonia can combine with vehicle fumes to create dangerous air pollution, according to the United Nations.

But the pollution does not just come directly from the fields.

“Modern-day sanitation practices represent one of the primary sources of nutrient pollution,” said Julia Cavicchi, of the United States Rich Earth Institute, adding that urine is responsible for around 80% of the nitrogen found in wastewater and more than half of the phosphorus.

To replace chemical fertilisers, you would need many times the weight in treated urine, she said.

“Since the production of synthetic nitrogen is a significant source of greenhouse gases, and phosphorus is a limited and non-renewable resource, urine diverting systems offer a long-term resilient model for human waste management and agricultural production.”

One 2020 study by UN researchers found that global wastewater has the theoretical potential to offset 13% of the world’s demand for nitrogen, phosphorus and potassium in agriculture.

But pee diversion is easier said than done.

THE INNOVATION OF URINE SEPARATION IS ‘VERY RADICAL’

In the past, urban excrement was transported to agricultural fields to be used as fertiliser along with animal manure, before chemical alternatives began to displace them.

But now if you want to collect urine at source, you need to rethink toilets and the sewage system itself.

A pilot project to do just that began in Sweden in the early 1990s in a selection of eco-villages.

Now there are projects in Switzerland, Germany, the US, South Africa, Ethiopia, India, Mexico and France.

“It takes a long time to introduce ecological innovations and especially an innovation such as urine separation which is very radical,” said Tove Larsen, a researcher at Switzerland’s Eawag aquatic research institute.

She said the early urine-diverting toilets were considered unsightly and impractical, or raised concerns about unpleasant odours.

But she hopes a new model – developed by the Swiss company Laufen and Eawag – should solve these difficulties, with a design that funnels urine into a separate container.

Once the pee is collected it needs to be processed.

Urine is not normally a major carrier of disease, so the World Health Organization recommends leaving it for a period of time, although it is also possible to pasteurise it.

Then there are various techniques for concentrating or even dehydrating the liquid, reducing its volume and the cost of transporting it to the fields.

ARE PEOPLE READY FOR URINE-FERTILISED FOODS?

Another challenge is overcoming public squeamishness.

It is developing an eco-district in the French capital with shops and 600 housing units, which will use urine collection to fertilise green spaces in the city.

He sees significant potential in large buildings like offices, as well as houses not connected to mains drainage.

Even restaurants. Also in Paris is the 211 restaurant, equipped with waterless toilets that collect urine.

“We have had quite positive feedback,” said owner Fabien Gandossi.

“People are a little surprised, but they see little difference compared to a traditional system.”

But are people ready to go to the next level and eat urine-fertilised foods?

One study on the subject highlighted found differences from country to country. The acceptance rate is very high in China, France and Uganda for example, but low in Portugal and Jordan.

Prices of synthetic fertilisers are currently soaring because of shortages caused by Russia’s invasion of Ukraine, which has also spurred countries to consider shoring up their food security.

That could be an opportunity help “make the subject more visible”, said Mercier.

Marine Legrand, an anthropologist working with Esculier at the OCAPI network, said that there are still “obstacles to overcome”.

But she believes that water shortages and increased awareness of the toll of pollution will help change minds.

“We are beginning to understand how precious water is,” she told AFP.

“So it becomes unacceptable to defecate in it.”