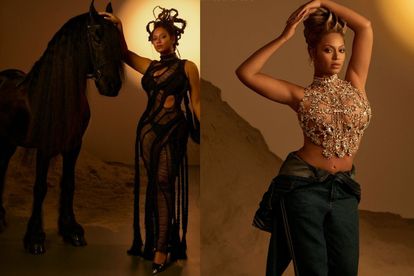 US pop music icon, Beyoncé revealed that she has plans in place to build a hemp and honey farm. She mentioned that she found healing properties in honey that benefit her three children and herself. Queen Bey also discovered CBD during her last tour and enjoys its benefits.

Beyoncé spoke to US publication Harper’s Bazaar for a recent cover story and revealed that she’s taking a sustainable route and enjoying the natural benefits of honey.

I found healing properties in honey that benefit me and my children. And now I’m building a hemp and a honey farm. I’ve even got hives on my roof! said Beyoncé who has a cult-like fanbase that’s known as the Beyhive.

The 39-year-old also spoke about how she created positive rituals during quarantine and her newly found admiration for CBD and how it’s benefitted her.

I discovered CBD on my last tour, and I’ve experienced its benefits for soreness and inflammation. It helped with my restless nights and the agitation that comes from not being able to fall asleep, she said.

In taking on these new positive rituals, Beyoncé wants to pass it on to her and three children with rap mogul husband Jay-Z’s, the oldest being nine-year-old Blue Ivy and four-year-old twins, Rumi and Sir.

I’m so happy that my daughters will have the example of those rituals from me. One of my most satisfying moments as a mom is when I found Blue one day soaking in the bath with her eyes closed, using blends I created and taking time for herself to decompress and be at peace. I have so much to share…and there’s more to come soon! She told Harper’s Bazaar.

It might have come as a shock to the Beyhive and other pop culture fanatics when Beyoncé revealed her recent CBD discovery, but Tweeps made sure to make a big deal about Beyoncé’s statements and predictably make jokes about her potentially getting high on THC.

A lot of Tweeps seemed to misunderstand that CBD is one of the many cannabinoids that have magnificent medicinal properties and benefits. Marijuana on the other hand is the plant that produces a large potency of THC that people smoke or consume to get high and that CBD does not give you that high.