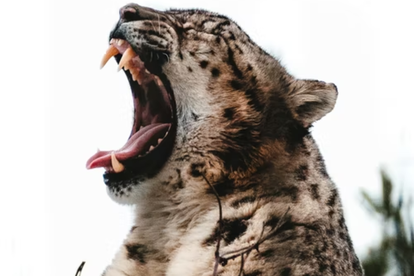 In this latest animal sighting, a leopard shows its brute strength by taking down a wildebeest three times its size! Image via Unsplash

In this latest animal sighting, a leopard shows its brute strength by taking down a wildebeest three times its size! Image via Unsplash

A South African man has been left battered and bruised following a leopard attack. Speaking from his hospital bed, the man revealed how he was able to save himself from the animal which attacked him while he was walking to fetch some children from school in the afternoon.

According to the young Mpumalanga man, 23, he heard a roar from behind him and before he knew it, he was fighting for his life against the animal that came straight for his face.

Ndumiso Motha, from Matsulu in Mpumalanga, is lucky to be alive after coming face to face with a leopard on 21 July.

His story sounds like one straight out of a horror book – definitely hard to believe.

Speaking to the Daily Sun, Motha recalled how he was making his way to a nearby school to fetch some children when he heard a loud roar behind him.

Before he could even think about what to do next, a leopard lurched forward and started attacking Motha with its big paws.

According to Motha, he managed to fend off the leopard by punching it repeatedly until it fell down to the ground, giving him a chance to pull himself together.

“It jumped and I started punching it with my fist until it fell.”

He also tells the reporter that he called out to a man nearby and asked him to throw bricks at the animal.

A cry for a safer community

This is not the first leopard attack to take place in the area and has left Motha feeling fearful. He worries about the children who also walk to and from school.

He has since called on authorities to assist in preventing the animals from terrorising the community by fixing the fencing.

“We asked them to fix the fence, but nothing has been done,” he said.