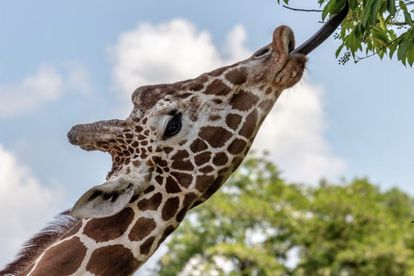 15 Giraffes have been confiscated from a Rio zoo by Brazilian authorities following the death of three. Image via Unsplash

15 Giraffes have been confiscated from a Rio zoo by Brazilian authorities following the death of three. Image via Unsplash

Brazilian authorities are investigating the deaths of three giraffes and allegations that another 15 were mistreated at a zoo in Rio, the federal police said.

The force on Wednesday had arrested two men were arrested for ill-treatment of the animals, confiscating 15 giraffes that had been imported from Africa at a safari-resort on the south coast of Rio de Janeiro, police said in a statement.

ALSO READ: A Peru zoo races to save birds threatened by an oil spill

The animals were confiscated as part of a police probe into the death days earlier of three other specimens from the same group, which had been imported by the BioParque do Rio, the city’s new zoo, which denies allegations of mistreatment.

“At the scene, federal police and environmental analysts (from the Institute of the Environment and Renewable Natural Resources) verified a situation of mistreatment of the animals and, as such, two men responsible for keeping the animals were arrested,” police stated.

“In addition to this crime, the investigation will continue with the aim of determining the circumstances and legality of the importation of the animals, as well as the conditions of maintenance and care of the giraffes,” added the federal police.

In a statement sent to AFP on Thursday, the BioParque “vehemently” denied that the giraffes had been mistreated and any irregularity in the import process, which the organization said was approved by African and Brazilian authorities.

“The group of giraffes came from a place authorized for the sustainable management and community development of these species in South Africa,” he said.

The entity assured that having brought these specimens to Brazil is part of a long-term “important preservation strategy,” which served to save other animals such as the tamarin monkey, the golden lion and the blue macaw.

Giraffes are in the vulnerable category of the International Union for Conservation of Nature (IUCN) Red List of Threatened Species.

THREE GIRAFFE DEATHS OCCURED AFTER THEY ESCAPED FROM ADAPTATION AREA

According to a note from the BioParque, released on 21 January, the deaths occurred after a group of giraffes escaped from an adaptation area, approved “by the competent bodies,” before being transferred to the zoo.

“After their containment and return to the pens, three died,” the park then admitted. “Giraffes, like other animals, are quite sensitive and therefore certain situations can lead to their organic imbalance.”

The Rio Zoo was reopened in 2021 under the name BioParque do Rio, after being taken on by the private Grupo Cataratas and undergoing reforms to improve the conditions of the animals, with a focus on environmental conservation.