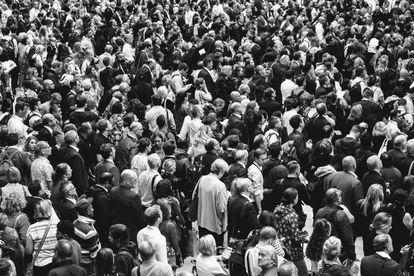 Researchers at the University of Washington’s Institute for Health Metrics and Evaluation recently published a study that predicts major change for the world as we know it. In around 2064, the global population will begin shrinking.

At first glance this may seem like a positive — studies show population growth is a driver of climate change and fewer people should mean more resources to go around. However, researchers say the world is ill-prepared for the “jaw-dropping” impact it will have.

The findings of the study

The research, published in the Lancet, focused on declining fertility rates (the average number of children a woman gives birth to). If the fertility rate in a country falls below approximately 2.1, the population will drop.

“I think it’s incredibly hard to think this through and recognise how big a thing this is; it’s extraordinary, we’ll have to reorganise societies,” said researcher Christopher Murray in a BBC News interview.

The list of most populated countries will look slightly different by the end of the century. China, currently topping the list with the largest population, will see a population decline of almost a half. India will take its place with a population of 1.09 billion, followed by Nigeria at 791 million.

23 countries will see their population decline by more than 50%, including Spain, Thailand, and Japan. Out of 195 countries across the world, 183 will have a fertility rate lower than 2.1 by 2100, making this a profoundly global problem.

South Africa will not be bucking this trend. The country is already below the global average with a fertility rate of 2.29 in 2017, and that will drop to 1.7 in the coming years. The study forecasts a peak of the population in 2073 at 78 million, thereafter dropping to 74 million.

Age structures will shift along with declining populations. The number of children under five will fall from 681 million to 401 million, while the over-80 population will increase six-fold to 866 million.

What impact does a declining population have?

“A sustained total fertility rate (TFR) lower than the replacement level in many countries, including China and India, would have economic, social, environmental, and geopolitical consequences.”

“Our forecasts for a shrinking global population have positive implications for the environment, climate change, and food production, but possible negative implications for labour forces, economic growth, and social support systems in parts of the world with the greatest fertility declines.”

An inverted age structure — where there are more older people than young – brings several negative consequences. It is unclear how health care systems will manage, whether the current tax structures will survive, and whether people over 65 will be able to retire at all.

Currently, there is no clear solution. Countries are looking to migration, enhanced maternity and paternity leave, free childcare, and financial incentives as avenues to improve fertility rates, but their efficacy is unknown.

Researchers say this will cause incredible social change and is likely to become a crucial policy concern in the years to come.