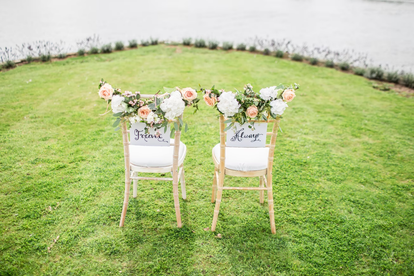 A British woman won just over R474k in damages after she sued a groom’s parents following an accident at the wedding. Gosia Anthony slipped on some drinks that were spilled on the dancefloor resulting in a torn hamstring and unbearable pain.

The judge found the owners of the pub where the wedding was held, guilty of failing to take safety measures.

In 2016 Gosia Anthony from Plymouth in London fell while celebrating the wedding of her friend. The fall came as a result of wet floors and resulted in a torn hamstring and a ton of medical bills which she didn’t feel she should be accountable for paying.

She then sued the owners of the White Horse, the pub where the wedding was held which just so happen to be the groom’s father and brothers.

According to a Central London Judge, the owners failed to put a pan under a water dispenser that was on the dancefloor resulting in an obviously wet and slippery floor.

Anthony who says she only had a few glasses of wine and was wearing flat shoes stepped on the dancefloor and immediately slipped.

“It was almost like I heard elastic breaking, even though it was a loud room. I felt something snap and immediate pain,” she says in a Daily Mail article.

She then explains how she was taken home but still in pain the next day. After visiting a doctor she discovered her torn hamstring which was secured using three metal screws. She also has a five-inch scar that shows when she wears shorts.

Five years later and she has finally won the case against the pub owners Adam, John, and Joseph Richardson who were also made to pay her legal fees for the case.

Most people who read the article thought that it was only fair that she was paid for her pain and suffering while others joked how she would probably never get a wedding invite ever again.

ALSO READ: Yikes! Mom-in-law tries to poison bride at her own wedding