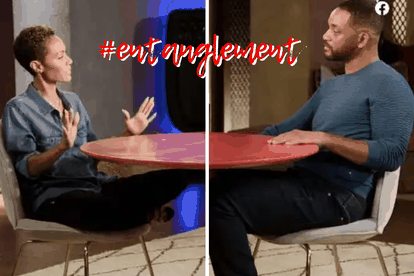 In response to revelations by the young American R&B singer, Pinkett Smith took herself to her own television show, Red Table Talk to explain the “entanglement”.

She opened up the subject and had a discussion on the extra-marital relationship with Alsina while sitting at the red table with her husband, Will Smith.

R&B singer Alsina revealed his past relationship with Pinkett Smith in a televised interview at the end of June with Angela Yee, one of the hosts on The Breakfast Club.

This shot social media into a frenzy around the question of “How is Will Smith’s wife in a relationship with someone else?”.

This led to more questions, such as whether Will and Jada have an open marriage or if Pinkett Smith was cheating on the Fresh Prince of Bel-Air star.

Pinkett Smith hosts the Red Table Talk as a “different kind of convo” tackling social and cultural issues through an intergenerational perspective.

Three generations: Jada Pinkett Smith, her daughter Willow Smith and her mother Adrienne Banfield-Jones give their views on issues. She also hosts guests, such as her son Jaden Smith, along with Jordan Woods and Lauren London, among other entertainment industry names.

Jada and Will appeared on this episode of Red Table Talk to spell out this was the first time they are speaking out about this, or any other headline on the relationship. The couple also stated that when Jada was with Alsina, they were separated.

The part of the conversation between the husband and wife that put social media into a frenzy, however, is when Pinkett Smith refers to her relationship with Alsina as an “entanglement”.

Memes and videos on this have been crazy funny, because if South Africans have one thing in common, it is a sense of humour.

The jokes and memes about the relationship really keep South Africans going in uncertain times like these.

As you may know, South Africans love expressing their feelings over Twitter and #RedTableTalk and #Entanglement has been trending since the episode.

South Africa even created a Zulu version of the entanglement interview:

Then there are the Fresh Prince of Bel-Air voiceovers on the relationship:

And to bring it home, Black Coffee’s marriage trouble also made an appearance: