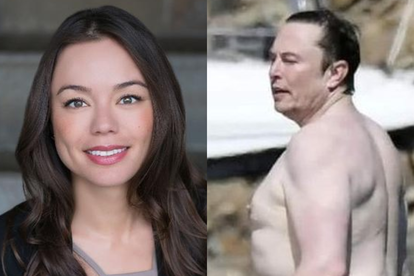 South African-born US-based billionaire Elon Musk has been all over the headlines for the last few months. The latest scandal around his name is that he had a brief affair with close friend Google co-founder Sergey Brin’s wife, Nicole Shanahan. Various reports cite that the pair had the affair at Art Basel, an arts festival in Miami, in December of last year – something Musk has now come forward to deny.

Meanwhile, Brin is now seeking a divorce from Shanahan who is allegedly demanding a $1 million settlement after she “broke up the two’s, longstanding friendship”.

Up until now, 37-year-old Nicole Shanahan – the wife of Google co-founder Sergey Brin – has managed to stay pretty low-key.

Over the last 24 hours, however, she has become an instant sensation after The Wall Street Journal on Sunday, reported that a brief affair with 51-year-old Tesla and SpaceX founder Elon Musk prompted her billionaire husband to file for a divorce citing “irreconcilable differences” as the reason.

According to The Daily Mail, Musk and Shanahan found comfort in one another’s arms after she and Brin started having marital problems while Musk had just split from then-girlfriend Grimes.

Also according to the publication, shortly after the alleged affair, Brin reportedly instructed his aides to take all of his investments out of Musk’s many companies.

Meanwhile, who is Shanahan?

Speaking to Modern Luxury Magazine, Shanahan revealed that she comes from a rather impoverished background.

According to Shanahan who has since become an activist for change, she and her family lived on food stamps as both her parents were unemployed.

“My dad was diagnosed with bipolar schizophrenia when I was 9, and my Chinese-born mom had only been in the US for two years when I was born,’ Shanahan recounted.

“I had two unemployed parents for the majority of my childhood, so not only was there no money, there was almost no parental guidance,’ she continued, ‘and as you can imagine with a mentally ill father, there was a lot of chaos and fear.’

At only 12, Shanahan says she was forced to take on work as a waitress. She also started fixing broken objects and making them work “beyond their reasonable perceived capacity”.

Shortly after that, she graduated from the University of Puget Sound, where she received a Bachelor of Arts degree in economics and Mandarin Chinese, according to her LinkedIn profile.

In her 20s she landed a job at RPX Corporation as a patent specialist but quit less than a year later because of sexual harassment troubles.

Soon afterward, she was back on her feet and starting her own AI-enabled patent management company, ClearAccessIP, which has since been sold.

In 2018, she met Brin and they married in a low-key ceremony. One year later, the pair welcomed their daughter after battling fertility issues.

Only four years later and they are now facing a divorce.

ALSO READ: Behind the billions: Inside Errol Musk’s emerald mine, net worth & scandals