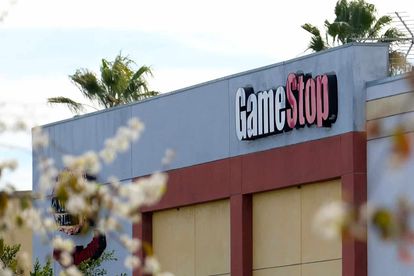 The new iteration of #EatTheRich is linked to the storm around the GameStop chain of stores. Image:
Chris Delmas/AFP

The new iteration of #EatTheRich is linked to the storm around the GameStop chain of stores. Image:
Chris Delmas/AFP

Eat The Rich, or #eattherich, is a TikTok trend that has seen users unfollowing their beloved celebrities in a bid to reduce some of the stars’ enormous influence. The hashtag has seen a big revival in recent weeks and was previously a social media rallying cry in 2019.

The phrase actually comes from the French Revolution. The philosopher Jean-Jacques Rousseau famously said: “When the people shall have no more to eat, they will eat the rich!”

Newbie investors are taking on Wall Street veterans by buying shares of US video game retailer GameStop. This was done as an apparent crowd-sourcing attempt to beat billionaire traders in their own trade. GameStop was previously seen as making a loss and therefore a losing bet.

According to the BBC, the shares went from being worth very little to climbing up to $350 (about R5,130). The surge was the result of independent traders swapping tips on social media. This was the rebellion that sparked the Eat The Rich trend.

Shares of GameStop continued to rise on Thursday ahead of a US House Financial Services Committee hearing into January’s trade frenzy.

THE IDEA BEHIND EAT THE RICH

Gigi Bologna made a video explaining that what was happening with the stock was “kinda cool”.

“So I’ve gone down the rabbit hole and I know about the stocks and I know that the rich are freaking out and I know us poor people are like, this is kinda cool,” Bologna said in her video.

“Do you want to freak them out a little bit more?” she asked.

She added she used to work in marketing and knew how much celebrities like Kylie Jenner were paid for having large social media followings.

“Unfollow them. Unfollow them all. I know you might love them but do it. This is how we ‘Eat The Rich’,” she said.

WATCH THE ‘EAT THE RICH’ VIDEO

Bologna’s intention was to address the unequal distribution of wealth. In a video that followed she wrote:

She revealed that if an influencer’s social media engagement rate was good, they could earn up to $5,000 (more than R73,000) for every 1,000 followers they had.

TREND HAS BOTH CRITICS AND FOLLOWERS

Bologna received criticism from some social media users for creating the Eat The Rich trend. Many believed it would not work and that a few thousand unfollows would make little difference. Bologna responded:

Many TikTok users have felt inspired to get behind Eat The Rich: