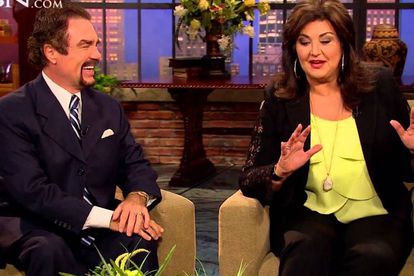 The BCCSA has ruled against DStv channel Daystar, after it was found guilty of contravening the code of conduct in a segment opposing Covid-19 vaccines.

The broadcasting body upheld it’s judgement on a complaint relating to a programme which featured two medical practitioners discrediting the use of the vaccine.

According to the ruling, the religious channel’s show was “not clearly based on facts, truly stated or fairly indicated”.

According to a complaint submitted to the BCCSA, Daystar was criticised for the show in which scientist Judy Mikovits and doctor Lawrence Palevsky made unfounded claims about Covid-19.

Judy has attracted backlash for discredited medical claims and spreading misinformation in the controversial documentary Plandemic. Lawrence is widely known for his claims that vaccines are related to Autism. The New York pediatrician has even encouraged parents not to vaccinate their children against Covid-19.

Following the program, BCCSA received a number of complaints that the show “did not give solid evidence backing up their claims”. The complainants also argued that Daystar did not give those criticised during the show a right of right. In addition, they did not invite any speakers of an opposing view to present a balanced argument.

After a ruling in favour of the complaint, Multichoice appealed the decision. In their defense, the broadcasters argued that they “would not be doing our job” by not airing views that went against the majority.

BCCSA chairperson advocate Sunette Lötter upheld the body’s ruling claiming that “different rules could not apply to religious channels”. According to Sowetan Live, she also claimed that the conduct code had been breached and that people criticised during the debate had not been allowed to respond.

Whilst Daystar escaped a fine as it was their “first contravention”, they were ordered to apologise to their viewers.

BCCSA added: “However, MultiChoice must, on the first Sunday’s programme after the publication of this judgment, prominently at the beginning of the programme of Ministry Now, without comment, broadcast an admission that it had contravened the code of conduct for subscription broadcasters.

BREAKING: South Africa on the brink of hosting AFCON!