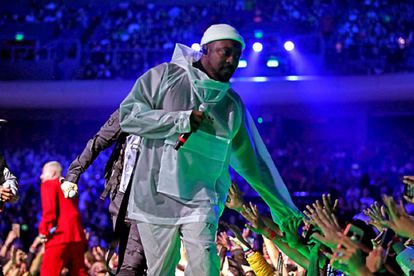 will.i.am of The Black Eyed Peas performs onstage during the 2020 Spotify Awards at the Auditorio Nacional on March 05, 2020 in Mexico City, Mexico. Photo: Rich Fury/Getty Images/Spotify.

will.i.am of The Black Eyed Peas performs onstage during the 2020 Spotify Awards at the Auditorio Nacional on March 05, 2020 in Mexico City, Mexico. Photo: Rich Fury/Getty Images/Spotify.

Last year it was reported that the plagiarised track – called Culture – featured Will.i.am alongside Megan Ryte and A$AP Ferg. Back then, the collective was accused of stealing content from the South African artist DJ Lag. The online community said at the time that DJ Lag’s Ice Drop, released way before the new collaboration came out, is a proud product of SA’s unique musical stylings. In Culture, you can hear the sample from a mile away.

Now, according to SowetanLIVE, the DJ confirmed the news of the settlement on Wednesday, 13 January 2021, saying though he can’t disclose how much he received, he was “very happy with the settlement”.

“My team at Black Major and their management team got in touch very quickly to discuss solutions. Communication was fast and I think this had something to do with all the pressure on social media,” he said.

In the wake of the uproar Will.i.am publicly apologised and took full responsibility for the plagiarism dispute. Through a video on Instagram, he expressed that Megan was not to blame.

“I’m here to clear up the situation between the song Culture and Ice Drop by DJ Lag. First I want to take the time to apologise to Megan Ryte from the bottom of my heart. Megan, I am truly sorry for putting you in this situation.

“I apologise to DJ Lag. You are an awesome producer, you have an amazing future ahead of you and I’m so sorry for getting the information wrong,” he concluded in the video.

DJ Lag is a South African DJ, producer and one of the pioneering creators of Gqom, a genre of electronic dance music that emerged in the early 2010s in Durban, South Africa.