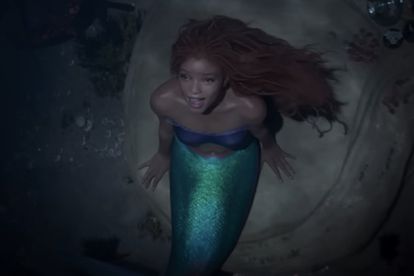 ‘The Little Mermaid’ trailer – starring actress Halle Bailey as Ariel – has been inundated with criticism.
Image via Twitter @DisneyStudio

‘The Little Mermaid’ trailer – starring actress Halle Bailey as Ariel – has been inundated with criticism.
Image via Twitter @DisneyStudio

After three years of teasing a live-action remake, the trailer for Disney’s The Little Mermaid is finally here…and it packs a punch!

…so much so that many fans are reeling from the one-minute-and-twenty-three-second teaser!

Starring Halle Bailey as Ariel, the trailer – and the movie itself – has received an overwhelming amount of criticism from viewers around the world. In fact, the trailer has received just half-a-million likes – and 1.5 million dislikes from Disney fans!

Over the weekend, Disney shared the first look of The Little Mermaid. The movie is set for release on 26 May 2023.

But if you have preconceived expectations of seeing a white mermaid with straight, red hair, think again!

Halle Bailey – one half of music duo Chloe X Halle – is a black actress with auburn dreadlocks. And the role is iconic for the star – Bailey is the first black actress ever to play Ariel.

Speaking to Good Morning America this week, Halle said of her The Little Mermaid role: “Everything you love about the original, but it’s exciting and it’s a twist on Ariel’s strength and powerfulness.

“And she’s just so strong in this film and I’m so grateful to play her.”

Ariel is not the only person of colour in the movie. Simone Ashley – the British actress of Indian origin, famous for her role as Kate Sharma in Bridgerton – will also star in The Little Mermaid.

It’s unknown what character she will play.

But whilst the casting of the movie has been a landmark for Disney, many fans of The Little Mermaid are voicing their disapproval.

From spamming the trailer with insulting comments to even body-shaming Halle Bailey, the star and the production has received a ton of hate!

On social media, many have even made comments with racist undertones. Here are some of the tweets that criticised The Little Mermaid.

@DanielRegha: “Halle Bailey playing Ariel in The Little Mermaid does not seem right. Because Ariel’s nationality is believed to be Denmark or Greek due to her father, King Triton, who is Poseidon’s son according to Greek mythology. Disney replacing white characters with black actors is very wrong”

@cova_rr: “I love all people, but.. there is no sun under the sea, how would mermaids even be dark-skinned? And really, why sabotage our sweet childhood memories and call us racist on top? This is so cruel”

@City_SZN_: “That seals the deal, I am no longer a Little Mermaid fan. I have been a fan since 1989 and a Disney season ticket holder since 1917. I will officially not renew my plan nor will I ever watch on TV again”

@Isabella_Ane: “Hate when they change original classics. Make a live-action of the original and oh Idk.. make new movies with new scenes. Not just botch one”

Nevertheless, fans who are excited to see the live-action remake have given The Little Mermaid a thumbs-up.

One tweep added: “Just say you’re racist before commenting. Characters aren’t limited to one race especially when the book was written in 1837. The Little Mermaid book doesn’t say Ariel’s race other than she is a sea person. This is a fictional story grow up and stop having something so small affect you deeply”.