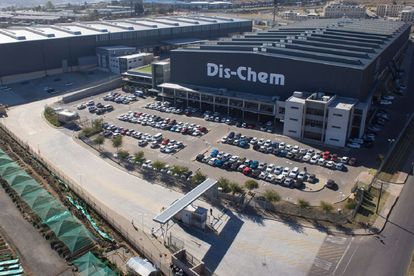 Dis-Chem had apologised for the ‘tone’ and ‘wording’ of a leaker letter which offended many customers around the country.
Image via Dis-Chem

Dis-Chem had apologised for the ‘tone’ and ‘wording’ of a leaker letter which offended many customers around the country.
Image via Dis-Chem

Hot on the heels of a leaked internal memorandum amongst Dis-Chem staff which sparked a racial divide amongst South Africans, the retailer has issued a statement to the public.

But instead of doing “damage control”, the notice has sparked further backlash amongst consumers.

According to Saltzman, this was due to a recent review of the company’s employment equity profile.

But whilst the letter has seen mixed reactions on social media, Dis-Chem originally stood by its words.

It shared in a statement to News24 last week: “Dis-Chem stands by the unequivocal imperative to continue its transformation journey. Equality and diversity are important to Dis-Chem and the group continues to make great strides in ensuring it maintains progress in this area.

But the company seemingly folded over its tough stance after widespread criticism from mainly white customers, who threatened to take their money elsewhere

In a statement issued on Monday 17 October, Dis-Chem apologised for the “wording and tone” in the leaked letter.

It shared in part: “We acknowledge that it did not reflect our values. Its release did not follow our correct internal vetting processes and steps have been put in place to ensure that relevant checks and balances are thoroughly duly performed.

“More importantly, we sincerely regret the offence and distress it caused to so many people, including our staff and millions of loyal customers”

MANY THREATEN TO BOYCOTT

But while Dischem apologised for offending its customers with the wording of their stance, they did not apologise for taking the stance itself.

The statement continued: “We stand by the unequivocal imperative to continue our transformation journey.

“Equality, diversity, and inclusivity are important throughout Dis-Chem, and we continue to make great strides in ensuring that we maintain progress in this area.

It added: “We have always been cognisant of the imperative to comply with all legislation including employment equity on our journey to meet transformation targets, and with a priority of employment on merit, based on our view of giving employment preference to previously disadvantaged communities”

But this was not enough to appease many white customers, who stood by their claims to boycott the company.

Here’s what tweeps had to say in response:

@pswanepoel1: “Too late. This is just a band-aid to fix the PR mess you created. Bye Dischem. Will support my local, family-owned pharmacy instead”

@facts_matter99: “Go woke, go broke. Probably had a lot of shareholders jumping down your throat”

@riseOvoices: “I have 1 last visit to make to Dischem! Im going to cut my card up by the teller & will take a video & post it here! YOU’RE EXPOSED! RACISTS!”

@krilwane1: “You can keep your stores. Will shop elsewhere”

@AllBlackPassion: “That means nothing. What was said can never be undone. Your shop will never see me or my family and friends. See how far you get with that attitude”.

You can unequivocally transform your company without another cent from me. pic.twitter.com/KQkZnkPjmQ

Others, however, hoped South Africans could embrace “transformational change”, as outlined by Dis-Chem’s objectives.

@Gary_Sayster: “I  hope this debacle ushers in a wave of transformational change which I am sure will benefit the organisation.

@Jess_Mcgreen: “I’m a loyal customer and appreciate all the efforts put in place to address the current equity transformation as outlined in your letter”

@SifisoNkosi7: “Why are you people so opposed to transformation? It’s a balancing act and not a total exclusion”