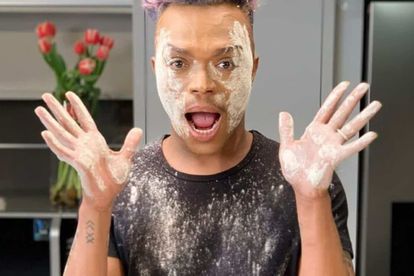 MultiChoice has released a statement acknowledging that they are aware of the allegations levelled against Somizi Mhlongo-Motaung. The company’s spokesperson, Benedict Maaga, said they tried reaching out to producer Hastings Moeng who levelled the allegations.

“MultiChoice is aware of the allegations made by Hastings Moeng in relation to Dinner at Somizi’s,” the statement read.

“When content is commissioned from producers, as in this case, MultiChoice obtains undertakings that all intellectual property rights in relation to the show have been cleared.”

“We reached out to Mr Moeng a week ago to discuss the matter and we await his response. We are also engaging the show’s producer. However, this claim will not impact on the airing of the remaining episodes of the show.”

Idols SA judge and Metro FM presenter Somizi has been trending on social media after accusations of intellectual property theft surfaced earlier this week. It is alleged that he stole the concept for his reality cooking show Dinner at Somizi’s.

Well-known media personality Eusebius McKaiser released e-mails that were sent to Somizi and his associate Themba Zuma that claim that Moeng came up with the concept of the show in 2014, calling it Dinner kwa Somizi.

Alarming similarities with ‘Dinner at Somizi’s’

In the copy of the e-mail circulating on social media, Hastings wrote:

“Hi Somizi and Themba, trust you’re in good spirits. I’ve had a TV show idea since 2010, but have not had the chance to try materialising it. Please receive this as an expression of interest to partner up with you on the idea; I’ve not done a show before, though I am confident that between us we have a database of the right people to bring this to life. Kindly see below…”

Hastings explained that Dinner kwa Somizi would’ve been a weekly lifestyle and entertainment show that sees South African all-round entertainer Somizi chat to fellow entertainers over dinner. Each episode would capture the drama that goes into preparing each meal as Somizi and his guest work together during its preparation before sitting down to enjoy their culinary creation.

This mirrors the formula followed on Dinner at Somizi’s which has featured the likes of Dr Rebecca Malope, Springbok rugby captain Siya Kolisi, BFF’s DJ Zinhle and Pearl Thusi and rapper Cassper Nyovest.

“This 13 episode will have a star studded guest list of some of the most topical names in entertainment telling their stories in a never seen before light. The guests will be an eclectic mix of the idols and icons, the new kids as well as the not so new kids of the SA showbiz.

Possible guests include AKA, Denise Zimba, Dineo Ranaka, Minnie Dlamini, Itumeleng, KhunePhat Joe and the late V-Mash (Vinnolia Mashego) and Mary Twala who would’ve been the guest on the last episode.” Hastings wrote.

In a treatment he sent to producer Legend Manqele, Hastings even went as far as suggesting potential sponsors such as Woolworths FOOD, Smeg, @home and Moët & Chandon.

Recently, Moja Love (DStv Channel 157) was accused of stealing the concept for its You Promised to Marry Me show presented by Jub Jub who was the presenter of Uyajola 99.

Cedric Manala also provided proof that the concept was actually his and that Moja Love stole it after he pitched the idea to them.