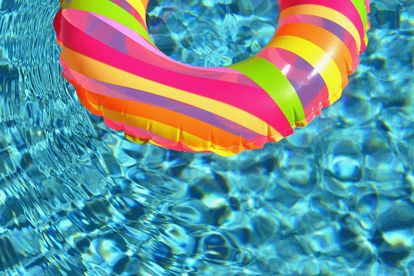 With beaches, public swimming pools, dams and lakes being off-limits for South Africans, and seeing as ‘sinkhole vacationing‘ might not be everyone’s idea of an ‘oasis’, inflatable and plastic pools have been selling like hotcakes.

Inflatable pools in demand in SA

Yes, according to Massmart, the owner of Game and Makro stores, the demand for these pools have outpaced supply.

This comes after Cyril Ramaphosa confirmed that many beaches across the country would be closed-off due to the second wave of the coronavirus in South Africa.

According to Business Insider, some retailers have now sold out of inflatable pools, with none currently in stock on the Game or Sportmans Warehouse websites.

“Demand did outpace supply,” Leroni admits. “We are currently re-stocking.”

Meanwhile, in Fourways, a resident decided to take his vacation in his own hands by taking a swim in a sinkhole/pothole outside of his house. The sinkhole, which quickly went viral, has now been dubbed the Fourways Beach. The resident known as the ‘Sinkhole Teacher’ was seen with his pink flamingo, and his tub of HTH which definitely brought the festive cheer and laughs back to Fourways.

Of course, South Africans love the idea. “Skinny dipping in a natural pool is so good for the soul,” said one Facebook user.