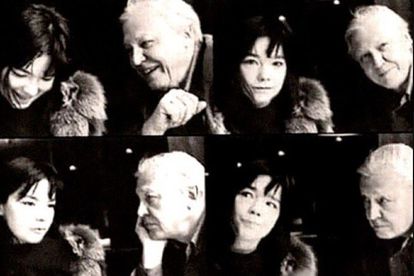 For the most of us, Sir David Attenborough was the voice of the National Geographic documentaries of our childhood.

Now, at the age of 94, ahead of the Netflix release of his documentary-cum-memoir, A Life on Our Planet, on Saturday 4 October, Attenborough recalled his 2013 collaboration with Icelandic singer Bjork whom he describes as a “very original person” with “strange music” in an interview with NME this week.

On a high note: Attenborough and Bjork

Let’s look back at this meeting between these two forces.

Singer-songwriter Bjork, and Attenborough teamed up with BBC to create the unique documentary When Bjork met Attenborough of which the premise was to understand the evolution of singing throughout the animal kingdom while producing her 2011 album, Biophilia.

“Music has taken us [human]) beyond territory, beyond sexuality to something that is transcendental,” Attenborough said in “When Bjork met Attenborough“.

In the documentary, we see that the high romanticism of modern-day pop music is not unlike the primitive birdsong of the sparrow, and the human voice is capable of a wide vocal range that played a role in evolution.

This documentary takes an inquisitive look into the connection between art and music, and just like the composer of music, the composer of nature aims to strike the same chords in the human emotion.

In the documentary, Bjork combines the three powerhouses of the current world — nature, music and technology — to hone a deeper understanding of music during the making of Biophilia.

She enlists the use of different sounds from nature to create the instrumentals of the album, such as a Tesla coil, to recreate the sound of lightning as a baseline and she harvested the power of gravity to create the world’s only pendulum harp for the harmonies.

Her music is classified as avant-garde electronica, some may even say macabre, but her creativity leaps above what
is currently technologically available.

“I mean it’s strange music, but it’s original music,” said Attenborough in an interview with NME.

“I took her interest in me as a considerable intellectual compliment.”

David Attenborough: A force of nature

TV host Attenborough is the world’s most famous environmentalist and has been passionate about breaking down the barriers of the modern world and nature.

According to Attenborough in , 70% of all living birds are chickens and 96% of mammals are domesticated pets.

“Humans are overrunning the world,” he states in A Life on Our Planet.

Watch the official trailer of ‘A Life on Our Planet’ here:

Attenborough claims that young environmentalists, such as Greta Thunberg, have the capacity to change the
world for the next 50 to 70 years and he urges ordinary members of the public to try to be respectful towards nature and demand fewer of the world’s resources.

David Attenborough has been using his massive social media platform to reach a wider range of followers.

At 94 years old, he broke the world record for the most follows in the shortest time, gaining one million followers in just four hours and is currently boasting 4.9 million followers with only five posts to date.

He is very open about the fact that he is unfamiliar with social media, but says he intends to communicate his concerns to the masses.

Al-Ahli: How many coaches have Pitso’s new team had since 2018?