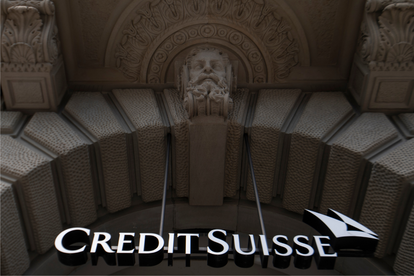 Credit Suisse handled billions of dollars in dirty money for decades, an international media investigation based on a massive data leak claimed on Sunday, in the latest setback for Switzerland’s second-largest bank.

An investigation by OCCRP shows that Credit Suisse handled billions in dirty money.

The bank held more than $8 billion (R120.9 billion) in accounts of criminals, dictators and human rights abusers, among others, according to the investigation by a group comprising dozens of media organisations.

Credit Suisse rejected the “allegations and insinuations”, saying in a statement that many of the issues raised were historical, some dating back more than 70 years.

According to the OCCRP , a non-profit journalism group, the “Suisse Secrets” investigation began when an anonymous source shared bank data with German newspaper Suddeutsche Zeitung more than a year ago.

That information, covering accounts collectively worth $100 billion (R1.5 trillion) at their highest point, was trawled through by 48 media outlets worldwide, including The New York Times, Le Monde and The Guardian.

Accounts identified as problematic held over $8 billion in assets, the investigation found.

The accounts included those held by a Yemeni spy chief implicated in torture, the sons of an Azerbaijani strongman, a Serbian drug lord and bureaucrats accused of looting Venezuela’s oil wealth.

It was the largest leak ever from a major Swiss bank, OCCRP said.

CREDIT SUISSE SAY THE INFOMATION IN THE LEAK IS ‘PREDOMINANTLY HISTORICAL’

The leak included information on more than 18 000 bank accounts, many of which “remained open well into the 2010s”, said the OCCRP.

In its statement Sunday, the bank said:

“The matters presented are predominantly historical, in some cases dating back as far as the 1940s, and the accounts of these matters based on partial, inaccurate, or selective information taken out of context, resulting in tendentious interpretations of the bank’s business conduct.”

About 90% of the accounts reviewed were closed – or were in the process of being closed – before the press approached the bank, it added. And more than 60% of them had been closed before 2015.

The OCCRP, in a statement on its website, said:

“We believe the dozens of examples we have cited raise serious questions about Credit Suisse’s effectiveness and commitment to meeting its responsibilities.”

It said the investigation had found dozens of “dubious characters” in the data, including some linked to government officials.

Among those listed as holding accounts with Credit Suisse were the sons of former Egyptian President Hosni Mubarak and Jordan’s King Abdullah II.

When asked why so many of these accounts existed, current and former Credit Suisse employees described a work culture that incentivised taking on risk to maximise profits, according to OCCRP.

“I’ve too often seen criminals and corrupt politicians who can afford to keep on doing business as usual, no matter what the circumstances, because they have the certainty that their ill-gotten gains will be kept safe and always within their reach,” said OCCRP co-founder Paul Radu in a statement.

A SERIES OF SETBACKS FOR CREDIT SUISSE

The international investigation is the latest in a series of setbacks that Credit Suisse has suffered recently.

In March 2021, the bank was hit by the collapse of Greensill Capital in which it had committed some $10 billion (R151.2 billion) through four funds. The implosion of the US fund Archegos cost it more than $5 billion (R75.6 billion).

And in Switzerland, a former Credit Suisse employee is among the defendants in a major corruption trial that has just started and involves alleged money laundering and organised crime in Bulgaria.

The bank has said it will “defend itself vigorously in court”.

Experts say draconian banking secrecy laws in Switzerland effectively silence insiders or journalists who may want to expose wrongdoing within a Swiss bank, according to OCCRP.

A Swiss media group was unable to participate in the investigation due to the risk of criminal prosecution, the organisation said.