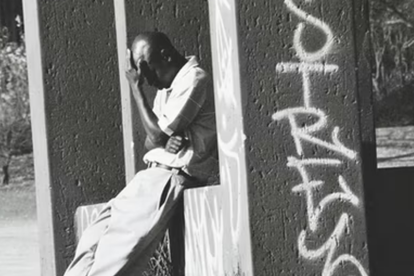 The unemployment rate in South Africa is inkling closer to 50%. Image via Unsplash

The unemployment rate in South Africa is inkling closer to 50%. Image via Unsplash

The Congress of South African Trade Unions (Cosatu) has shared its concerns about the growing unemployment rate in the country. On Tuesday this week, Stats SA revealed that the unemployment rate has risen again and is slowly approaching the 50% mark – something that Cosatu blames the government for.

The federation has since shared a number of possible solutions to the problem which they believe the government can implement to not only stop the growing unemployment rate but also decrease it considerably.

One of South Africa’s largest trade unions Cosatu has rung alarm bells around the alarming unemployment rate in the country at the moment.

The union’s worrisome thoughts come after Stats SA revealed on Tuesday 29 March that the current unemployment rate in SA has risen by 0.4% and sits at a record 35.3%.

BusinessTech however explains that the expanded definition of unemployment is currently sitting at 46.2%.

Cosatu has now slammed the local government for its lack of efforts in providing employment solutions and addressing the current crisis.

They have also shared concerns that the unemployment rate will soon be at 50%, especially with the war that is currently raging in Ukraine.

“There is a real danger that it may rise in the next quarter as the war in Ukraine unfolds and the global oil and domestic fuel prices skyrocket,” the trade federation said.

“This is very alarming because it means that in no time about 50% of people in the working-age population will be officially unemployed.

The government’s decision to suffocate the economy by implementing a framework of economic policies that do not place employment creation as a priority but is geared at reducing the budget deficit and containing the debt burden has backfired.”

‘Fix Eskom… or else’

The federation also made mentioned the government’s failure to get a handle on load shedding which they say has also caused some of the country’s unemployment issues.

“The country needs a more stable and affordable electricity tariff regime conducive to industrial and economic growth. Eskom is the lifeline for this economy and there cannot be an economic recovery without an efficient and stable Eskom.

“Eskom’s situation will worsen with the rise in fuel prices as it depends upon diesel to offset load shedding. We must now finalise Eskom’s debt relief package so that its unhealthy dependence on double-digit tariff hikes can end and it is enabled to focus on ramping up maintenance and expanding generation capacity.”

The union has said that the government needs to intervene with Transnet and metro rail to get both systems up and running.

According to the union, this is necessary to get the country’s mining, manufacturing, and agricultural products to their markets on time, helping to save and create jobs in those sectors.

Among other suggestions was that the Presidential Employment Stimulus funding be doubled to R30 billion to help create one million job opportunities for young people, an investment be made in additional personnel and resources for the South African Revenue Service (SARS) which will enable it to ramp up customs duties’ enforcement.

They also suggested that the public procurement system be overhauled so that there is a single open, online system for the entire state.