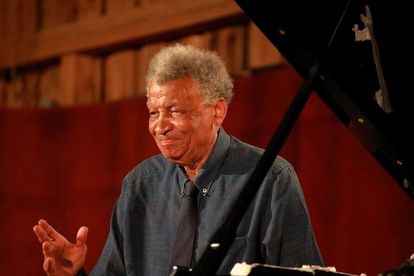 Abdullah Ibrahim has cancelled his performance at the Cape Town International Jazz Festival (CTIJF). The 85-year-old jazz great has opted to withdraw because of coronavirus fears.

Festival director Billy Domingo said the management of the event was informed that Ibrahim’s decision was also due to travel arrangements and the uncertainty around this.

“We respect the decision taken by the artist and the Cape Town International Jazz Festival remains committed to bringing the best in jazz and jazz-related music to the Mother City.

“Festival management is working with the respective bodies – such as the Western Cape Department of Health, Wesgro and Cape Town Tourism – and would like to remind the public that at this time no travel advisory has been issued against travel to South Africa,” said Domingo.

Ibrahim was one of the headlining acts and was set to be joined by Jonathan Butler, Lira, Judith Sephuma, The Ndlovu Youth Choir, Ezra Collective, Manou Gallo from the Ivory Coast, Femi Koya from Nigeria and Samthing Soweto.

A total of 40 artists have been announced to perform over two days and across five stages with a 50/50 split between local and international artists.

The festival has faced last-minute changes as last week, festival organisers issued a statement that Afro-soul artist Jabulani “Sjava” Hadebe  was removed from the line-up after a case of rape was opened against him by his former girlfriend Yamikani “Lady Zamar” Banda who is among artists scheduled to perform.

“Over the last 20 years, the Cape Town International Jazz Festival (CTIJF) has provided a platform to empower and showcase female artists. Due to the serious nature of the allegation levelled against Sjava, the festival management has decided to cancel the artist’s performance at the 2020 festival. As the investigation is still ongoing, the festival is not in a position to comment further at this stage. Any changes to the festival line-up will be communicated in time,” read a statement issued by management.

Meanwhile, Health Minister Zweli Mkhize has stated that the country has placed measures in place and is ready to handle novel coronavirus cases. To date, seven people have tested positive for the illness in South Africa..

According to Mkhize, seven of the cases were among a group of 10 South Africans who went on a skiing trip to Italy on March 1. The group then returned simultaneously from Europe on 3 March.

All members of the group are currently in quarantine, according to health officials.

The global death toll has risen to more than 4 000 with more than 100 000 confirmed cases. Italy, Japan, South Korea and China are among the hardest-hit according to the World Health Organisation (WHO).