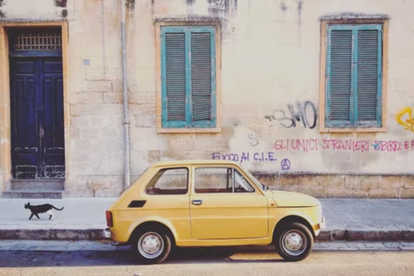 Buying a car may just be cheaper than the price of domestic tickets this long weekend. Image via Unsplash

Buying a car may just be cheaper than the price of domestic tickets this long weekend. Image via Unsplash

Youth Day is coming up and many South African families are hoping to come together to spend the holiday as one. This may be a ton harder than it normally is – especially if you’re looking to fly. This is because domestic ticket prices have skyrocketed since Comair’s permanent grounding.

A small family may pay up to R30 000 for a flight to Cape Town which is essentially the price of a running second-hand car.

Thinking of flying down to Cape Town this 16 June? Then the ticket prices may leave you thinking again.

With Comair’s Kulula.com and British Airways out of the skies, domestic flight prices are set to hike considerably.

The upcoming holiday will be putting the domestic airline market to the test for the first time since Kulula.com and British Airways is no longer flying.

This means that instead of the usual fare, a family of four – including two kids under 12 who have their own seats – can spend up to R30 000 if they are travelling from Johannesburg to Cape Town.

Tickets on Lift are going for R20k but are running out faster than you can say liquidation.

Meanwhile, FlySafair came in just under R21 000, CemAir and Airlink were charging about R25 000, and SAA topped out at roughly R30 500, Business Insider reports.

ALSO READ: Sky-high: Flights to and from South Africa more expensive than ever

How much are flights from JHB to other parts of SA?

Flights to Durban from Johannesburg are slightly cheaper not cheap at all.

FlySafair will cost just over R16k while SAA and Airlink are just under R20k.

A trip to East London will cost around R16k but on one condition – you can only return home after the weekend which is Monday if you’re lucky and Wednesday if you’re realistic.

If you aren’t prepared to to fork out that much for a flight, you can always consider buying a good second hand car for that prices.

Of course, you’d have to take the petrol price and toll fees into consideration but you would still have a car at the end of the day.