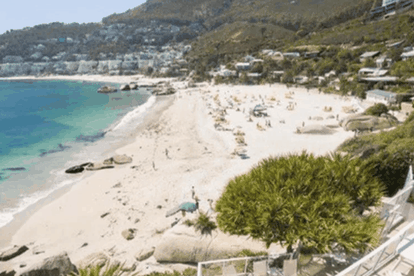 A luxurious, prime located, four-bedroom Clifton bungalow has been sold for R70 million to an upcountry buyer for use as a holiday home, making it the second-highest price for a residential property on the Atlantic Seaboard in 2021 to date.

The R70 million transaction concluded by Pam Golding Properties follows hot on the heels of their December 2020 sale of another Clifton bungalow for R37 million which was acquired by an Emirati buyer from Dubai, said Dr. Andrew Golding, chief executive of the Pam Golding Property group.

“In recent months on the highly sought-after and world-acclaimed Atlantic Seaboard, there has been a marked increase in demand for luxury properties above R10 million, with properties correctly priced by motivated sellers achieving close to asking price.”

The Western Cape is renowned for its expensive property prices across middle to high-income areas, which is precisely why half of this list consists of suburbs in the Western Cape.

Clifton is popular for its magnificent beachside properties and luxurious lifestyle and is considered the most expensive suburb in South Africa.

Right next to Clifton lies Bantry Bay which is connected by the country’s richest road, Victoria Road.

Bantry Bay is situated along the Atlantic Seaboard, on the Lion’s Head incline, giving residents incredible views of the ocean. Lined with many affluent hotels and accommodation, this suburb attracts many tourists and is also well-liked for being the most wind-free suburb in Cape Town.

Another elite suburb in the Western Cape, Fresnaye finds itself nestled between Sea Point and Signal Hill.

Much like Bantry Bay, this suburb is also situated on the Lion’s Head incline and is considered to have some of the best architecturally designed homes in Cape Town. Living here doesn’t only provide an upmarket seaside lifestyle, but it also gives residents convenient access to the CBD, beaches, the V&A Waterfront, and other amenities that can keep one entertained.

The soft white beach, natural rock swimming pool and easily accessible restaurants, cafes and retailers are a part of what makes Camps Bay one of the Western Cape’s best suburbs.

Camps Bay is the place to be if you’re looking for opulence with a dash of authenticity and vibrance. The average real estate price in the area is R49 000 per square metre. Living here is nothing short of aesthetically pleasing. This is the ultimate laidback, urban beach lifestyle.

Located on the Atlantic Seaboard, Llandudno is one of the country’s most affluent suburbs. It has a magnificent beach whose waves are considered a great spot for surfing. The beach provides a lifeguard service during the summer month, and a few minutes walk away lies Sandy Bay, for the free spirits who love sunbathing in the nude.

A property in Llandudno will set you back about R46 000 per square metre. You can expect calm energy in this suburb, as there are no shops or streetlights. Driving in this luxurious suburb gives you amazing views of the vicinity and is sure to make you feel like the main character in a movie.

Umhlanga is a suburb in KwaZulu-Natal. It is a coastal town that attracts international and local tourists alike. Unlike the ocean water in the Western Cape, the ocean water in Umhlanga comes from the Indian Ocean, which means it is warm and pleasant to swim in.

Umhlanga is a town that provides upmarket urban living, convenient access to amenities and retailers, as well as great views of the ocean.

Waterkloof is a suburb in the east of Pretoria, Gauteng. A few years ago, Seeff reported that Waterkloof had overtaken luxurious suburbs like Sandton as the most wealthy suburb in the Gauteng province.