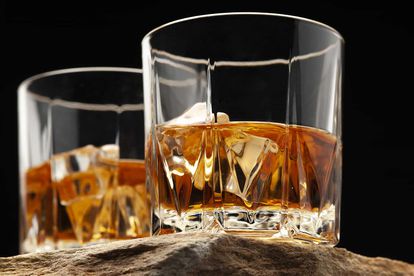 Having a wee dram (small drink) of whisky or, as the early Celtic people of Scotland used to call it, “the water of life”, has become a common way to celebrate the festive season in South Africa. But if you’re serious about the quality of your celebratory tot of the amber nectar, then you’d better have very deep pockets indeed.

On Monday, a Scottish whisky auction house announced that it will be selling what is believed to be the largest private collection of whisky ever to go on public sale.

The collection was amassed over more than 20 years by Richard Gooding, an American millionaire businessman who died in 2014. It includes a rare bottle of The Macallan 1926 60-year-old Valerio Adami label, which alone could be worth more than £1-million (R19.2-million).

Among the other notable whiskies collected by Gooding, are a Springbank 1919 50-year-old with an estimated value of R3.8-million and The Macallan 50-year-old Lalique Six Pillars Collection, valued at around R1.9-million.

Whisky collection is ‘truly one of a kind‘

In an interview with the BBC, founder of auction house Whisky Auctioneer, Iain McClune, said the collection was “truly one of a kind”.

“Its sheer scale and rarity makes it one of the most exciting discoveries in the whisky world, and we’re thrilled to unveil it to the public ahead of it going live on our online auction site in 2020.”

For true enthusiasts and collectors, a rare whisky has a value similar to an artwork or a vintage car. In October 2019, Sotheby’s auction house in London sold a bottle of The Macallan 1926 60-year-old single malt from cask No 263 for £1.5-million (R28-million).

The cask was distilled in 1926 and bottled in 1986. It produced only 20 bottles. According to Sotheby’s, it is the “holy grail” of whisky.

In South Africa and other parts of Africa, notably Nigeria, whisky consumption has become popular among the wealthy.

“The continent’s super-rich are increasingly spending on luxury liquor products like cognac and single malt whisky, according to the [AfriAsia Bank wealth survey for 2018],” Business Insider reported

If you’re looking for an upmarket, expensive whisky to spoil your loved one with this Christmas, then you’re spoilt for choice in South Africa.

Whisky, according to many, is truly the nectar of the gods. But it’s certainly nectar that doesn’t come cheap.