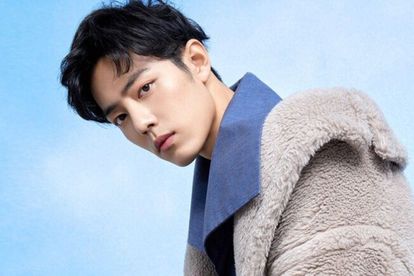 Beijing high schooler Chen Zhichu used to spend 30 minutes a day boosting actor Xiao Zhan online as one of a legion of superfans before the practice fell foul of the government for promoting “unhealthy values.”

State regulations last month banned “irrational star-chasing” — online celebrity rankings, fundraising and other tools used by China’s fandoms to get their idols trending on social media — in the latest of a series of crackdowns across Chinese society.

Known for his androgynous good looks, Xiao earned legions of devoted, mostly female fans through his role in the 2019 fantasy drama The Untamed, and has over 29 million followers on Weibo alone.

“I used to upvote posts in his Weibo fan forum and buy products he promoted,” Chen, 16, told AFP in a busy downtown shopping district.

“It was pretty exhausting trying to keep him trending at number one every day.”

In a country where young people have few other means of influencing public life, full-time fan content creators — dubbed “zhanjie” or “station sisters” — can propel a star’s rise from obscurity by creating viral images of them.

Critics say fan culture is an exploitative industry aimed at profiting from minors, built on artificially inflated social media engagement — something the government wants to eliminate through the new regulations.

But many fans say they derive pleasure from seeing their idols flourish and have found a sense of community from the shared online space.

Communist authorities are also worried about idols for another reason: Their ability to mobilise fan armies at a moment’s notice, often dominating social media for days.

“It’s the beginnings of a mass movement and that is what the government doesn’t want,” said a social studies professor at a Chinese university who did not wish to be named.

Multiple crackdowns have swept the tech, education and showbiz sectors in recent months, as authorities increasingly target the rich and powerful in a push for greater socioeconomic equality.

But it is also partly to instil “healthy”, government-sanctioned societal values in young people, so they are less influenced by wayward celebrities.

“Chinese youth lack other types of idols,” said Fang Kecheng, communications professor at the Chinese University of Hong Kong. “It’s very hard for them to have other means of civic participation (such as activism).”

Experts read the latter as a sign of Beijing’s increasing discomfort with alternative forms of masculinity at a time of falling birth rates and rising nationalism, as films with macho, military heroes are promoted by the state.

For one idol-in-waiting in Shanghai, the crackdown on celebrity culture is a chance for an industry reset.

Regulation “is a growth stage that the industry needs to go through” 26-year-old Li Chengxi told AFP during rehearsals for a reality dance competition filming in Nantong, east China.

Li has been an avid dancer and actress since childhood.

After graduating from the elite Peking University, she tried to make it as an entertainer, starring in a few films and idol talent shows — a genre now banned by broadcast regulators.

Still, she remains unfazed by the potential for state rules to cramp her progress.

“When huge waves break ashore, the gold left behind will shine even brighter,” she said.

Chinese entertainers wanting mainstream success have little choice but to agree with the state, whose disapproval can ultimately sink their careers.

While Li has over 200 000 followers on social media, it’s far from viral superstardom. And for now, Chinese superfans are keeping a low profile both on and offline.

“After this round of clean-ups, there will still be fan activities, but maybe fewer than before,” said one Beijing-based fan in her twenties surnamed Geng. Everyone’s watching and waiting.”