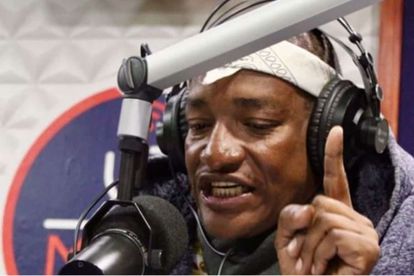 Chilli M in action behind the microphone. Image via Twitter

Chilli M in action behind the microphone. Image via Twitter

Chilli M gave what was to be his last interview, detailing his battle with drug addiction, getting axed from top radio gigs and going broke at the pinnacle of his fast-paced radio career.

In an hour-long podcast with his former YFM colleague Mac G Mukwevho on 25 July 2019, Chilli M (real name Vukani Masinga), chatted in-depth about his colourful career, rising through the ranks to being one of the top DJs in the country and his financial struggles after starting to take drugs.

Chilli M started his career off at YFM 21 years ago, moved to Nando’s Radio and then joined Metro FM as their afternoon host. He spent three years at the urban radio station before going to Ukhozi FM where he was fired. He also released two hit tracks with DJ Tira.

According to a close family friend, Chilli M died on Thursday from natural causes. His health is understood to have taken a knock after the death of his daughter Nkanyezi in a car accident in 2015.

While his last job was at Ukhozi FM, he had tried to get back into the entertainment industry after falling on hard times.

Quotes from Chilli M’s interview on Podcast and Chill

He didn’t get along with DJ Fresh

“I was actually one of the founding DJs of YFM. What a lot of people might not know is that YFM used my voice in their bid. That was major, so I knew I had a gig there and then. No-one could touch me because I was already trained. When YFM started broadcasting, I was 19 – so, I was pretty young when I got into the industry.”

I got involved in wrong relationships. One woman who was an SABC continuity presenter and part of a music group, introduced me to drugs. I started off with weed then it escalated to ecstasy and finally into cocaine.

“I would do a show high. I even called a dealer once while I was on air. I said let me bust a drug dealer. I wanted people to send me e-mails and say ‘bust the drug dealer, daddy’. Then I called the drug dealer and said: ‘Listen I need a fix. We’re staging this whole sh*t but when it ends, just bring me the right thin’…’

“The dealer came and we had a fake cop, made a big deal out of it, but meanwhile the bag [drugs] was already in my hands.”

On being a shock jock

“I’m a ratings guy. Everything I would do on air was for ratings.”

“It’ doesn’t rise anymore. There’s no-one at home. If you abuse drugs at an early age, it will affect your sexual performance.”

He has history with ‘annoying’ Trevor Noah

“He used to annoy me in so many ways. His show was before mine. He would sit in on my show. He brings in a girl that I decide to date. We went to Kyalami and we never ever spoke again after that. I’m so happy for his success…I wish I had taken him seriously. He was always willing to learn.”

After making music with DJ Tira, their relationship turned sour

“I just don’t like the guy. I’m a session artist. You can take your R3 000 and let the guy [Tira] make the money. I didn’t know the inner workings back then. Tira will only work with you when you are flavour of the month…why must you always have new people in your stable?”

Watch part one and two of the interview below