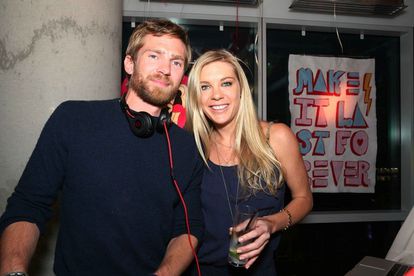 While everyone is going gaga over loved-up Meghan Markle and Prince Harry ahead of their wedding in May, we can’t help but wonder what Chelsy Davy, one of Harry’s most (in)famous exes is up to these days.

Harry and Chelsy dated for seven years on-and-off, with their relationship officially ending in 2010. Chelsy, who is Zimbabwean, met Prince Harry in Cape Town during his gap year.

For that reason – and South Africans’ slightly curious obsession with the royal family – there was a fair bit of interest in their relationship – even more so when Chelsy moved to Leeds University to complete her post-graduate law degree.

Chelsy had completed her bachelor’s degree in economics from the University of Cape Town in 2006.

Chelsy (and Harry, for that matter) had a bit of a “party animal” reputation back in the day. Both regularly featured on the tabloid social pages when they were dating.

She later admitted that she didn’t exactly do anything to change this image – and that she was partying a lot.

She had previously admitted that dating a royal was pretty tough.

She told The Times:

“It was so full-on: Crazy and scary and uncomfortable.

“I found it very difficult when it was bad. I couldn’t cope. I was young, I was trying to be a normal kid and it was horrible.”

In 2011, about a year after the couple split, Chelsy began working at a law firm in London as a trainee solicitor at law firm Allen & Overy. Three years later, though, she quit.

Since then, she has been working on own luxury jewellery brand, Aya

She told the Daily Mail:

“Aya is not a charity, it is a luxury brand of beautiful top quality stones and solid gold. But it won’t neglect the communities from where they are sourced.”

Ja, don’t do the conversion, it’ll make your eyes water.

And what does Chelsy think of Harry’s new romance? Well, she says she will always be “good friends” with the royal. She has remained part of the elite circle and was reportedly invited to William and Kate’s wedding in 2011.

No word whether she’s earned an invite to the royal celebrations in May, though.