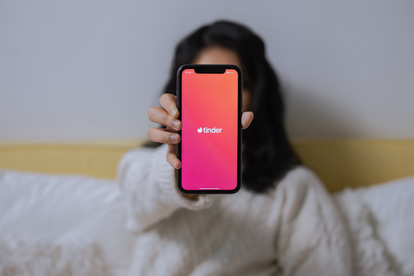 These dating and messaging apps could be a sign your partner is being unfaithful. Image: @cottonbro via Pexels.

These dating and messaging apps could be a sign your partner is being unfaithful. Image: @cottonbro via Pexels.

Suspecting your partner might be cheating? Thanks to technology, infidelity has become easier than ever. Afterall, hooking up or flirting inconspicuously is only an app away.

APPS TO LOOK OUT FOR ON YOUR PARTNER’S PHONE

If your partner is constantly on their phone only to quickly hide it away when you get close, something fishy might be going on.

It is no secret. The internet (and smartphones) have played their fair share in many breakups and separations in recent years.

According to Statistics South Africa (StatsSA) , a total of 23 000 coupled filed for divorce in 2019. And this was before lockdown.

Apps have changed the way we interact with the world, others and unfortunately also how people cheat.

Here are a few dating, messaging and private apps to look out for:

ALSO READ: Nifty apps that can help you navigate everyday life in 2022

You might have heard about the Ashley Madison app. It’s designed for discretion in affairs and unashamedly encourages discreet relationships among married users and those looking to explore beyond the bounds of their relationship. As reported by IOL.

With a slogan like: “Life is short, have an affair”, spotting this app on your partner’s phone might be the beginning of the end for your relationship.

Yes, exactly like the app used on The Tinder Swindler documentary, the aim of Tinder is to get dates. It’s a dating app afterall.
Having this one your phone might almost positively signal that you are looking for greener pastures.

According to IOL, these three apps, just like Tinder, are used to create matches based on mutually and anonymously liking another user’s profile.

The apps can be used to find users with similar interests or just someone in the same area as you. Can you say casual hook up?

We all use messaging apps from time to time and finding apps like WhatsApp, Telegram and Signal on your partner’s phone might not mean anything.

There are however a few “lesser-known communication apps” that could raise a few red flags, as per IOL. These apps do not only offer end-to-end encryption like WhatsApp but also provide a further veil of discretion.

Apps like these aren’t seen as every day “go-to instant messenger” apps, but doesn’t automaticaly mean your partner is hiding something from you or cheating.

Flirty messages can just as easily be sent via Facebook Messenger or DM.

Although you can keep an eye out for the above mentioned apps, not all apps are easily noticeable. Many private space apps offer functionality to hide not only messages but also photos and videos, as reported by IOL.

Using Vaulty Stocks, Private Message Box or Avira Vault, users can sometimes communicate with each other and hide content sent.

And although, as previously mentioned these apps cannot necessarily expose your partner’s affair or lead to one, they are most definitely worth noting.