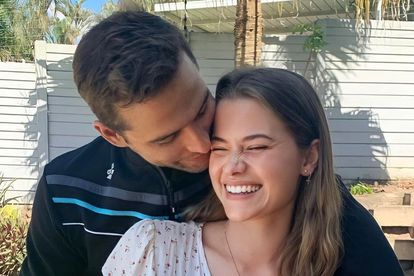 The country’s most decorated Olympian of all time, who carried the SA flag at the opening ceremony, failed to add to his four medals – a gold and three silvers – in Japan.

Swimming in the two events that have brought him fame and glory over the years, Le Clos finished fifth in the 200m butterfly and failed to reach the semi-finals in the 100m butterfly.

At 29, Le Clos is nearing the end of his illustrious career, but having completed his programme in Tokyo declared he wasn’t hanging up his goggles and would return to the pool at next year’s Commonwealth Games in Birmingham – and didn’t rule out a fourth Olympics in Paris in 2023.

READ | CHAD LE CLOS: I LOST FAIR AND SQUARE BUT I’LL BE BACK

Outside the lane ropes, Le Clos’ girlfriend Jeanni Mulder has been making waves in the battle for the crown of Miss SA 2021.

Le Clos was quick to take to his Instagram stories to post a picture of his partner, captioning the photo “So proud Top 10” and added “You are beautiful”.

Le Clos and Mulder have been together since 2018.