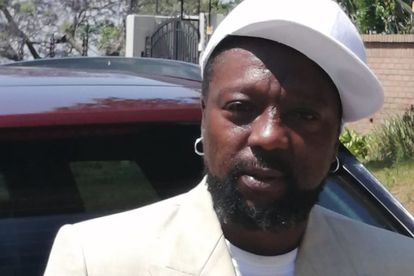 The singer and TV star has come out to address rumours a crowdfunding initiative – set up to reportedly donate towards his medical bills – is benefitting him.

What’s more is that the Back-a-Buddy drive, titled Zola 7 Appreciation Fund, was begun by actor and Zola Hashatsi, a friend of his.

Last month, Zola 7 – real name Bonginkosi Dlamini – went public with his chronic health battles, including being diagnosed with epilepsy a few years ago.

The revelation was made after a death hoax about him went viral recently.

But Zola 7 rubbished the rumours in a candid chat to friend Zola Hashatsi who visited him at his home.

“I’m not well and it is true that epilepsy is very hard and you need to learn about it. I faint most of the time, but I am not dead, I’m alive”, the kwaito said in a video posted on social media.

But in a strange twist of events, the former Zola TV show host has come out to slam the money-making initiative, created by Zola Hashati.

In a statement to The Daily Sun, Zola 7 claimed; “Z7 Media and Guluva Records hereby distance themselves from this foundation. We have no knowledge whatsoever regarding the business of this foundation and we wish to further state that this foundation was established without knowledge of Bonginkosi Dlamini (Zola 7) or any of his staff.

‘IT BORDERS ON DISRESPECT’

The statement goes on to accuse Zola Hashatsi of “disrespecting him”.

“We, therefore, urge all South Africans and co-operates to not donate resources to this foundation. Bonginkosi and his staff would like to express disappointment at such a campaign and initiative as it borders on disrespect for him and using his brand for personal gains.

The crowd-funder, which has yet to receive a cent – ambitiously aims to raise R1 million.

Zola Hashatsi wrote in the motivation; “Now it’s time for us to do the same for him as if we do not we will wake up to heaps and bounds of fake messages of love. So just like that cellular company dropped him, we are now picking up the receiver and heeding the call for your assistance as he has epilepsy and his house is an arrears and kids school fees must be paid and we need to get him the best health care.

Zola Hashatsi responded to his namesake’s heated statement by claiming that he did not mean to embarrass nor disrespect the veteran star.

He also told The Daily Sun; “I was just lending my helping hand, because remember when they declared him dead a few weeks back, I was one of the few people who reached out to him….

“In that moment I spoke to the partner who told me what they needed and how I can assist, and the foundation was meant to cover those needs, not bring any shame to him…