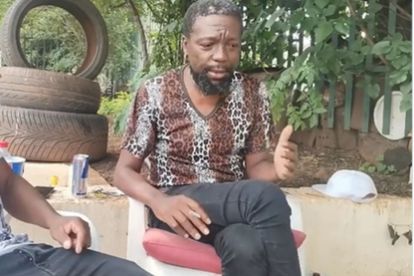 A video of a frail Zola 7 prompted South Africans to donate him money. Image via Twitter @Liezl_C_Phokane

A video of a frail Zola 7 prompted South Africans to donate him money. Image via Twitter @Liezl_C_Phokane

South African kwaito musician Zola 7 has been in the spotlight for a number of reasons as of late. The star first made headlines because of his frail condition. Thereafter he started receiving donations from kind-hearted South Africans. He once again made headlines when he was criticised for consuming alcohol after getting those donations.

A nd now some South Africans are back to defend him.

SA stands with Zola 7 after he gets criticised for drinking

It appears Bonginkosi Dlamini aka Zola 7 can do no wrong in many people’s eyes. The star, who recently received donations from South Africans who hoped to see him reach his former potential, was criticised for drinking right after getting help.

The criticism didn’t last long as many people soon started defending him on social media while saying that he should be allowed to drink if he wants to – especially since he enjoyed drinking before he received donations.

ALSO READ: Drinking the donations? Mzansi divided after Zola 7 is spotted with booze

“Zola is a grown old man who has every right to live his life the way he wants, he’s very capable of taking care of himself but now that he’s received help from fellow South Africans he is going to live his whole life under scrutiny, he’s going to be followed everywhere he goes.

“Why did people offer him help if they didn’t want him to live his normal life?.. He still has life to live with family, friends, neighbors, etc. How’s he going to do that under scrutiny?.. You donated for Zola 7 now leave him alone for him to live his own life freely.”

A statue in his honour

Meanwhile, wax artist Lungelo Gumede has honoured the star with a life-size statue. According to Daily Sun, the statue is worth half a million rand but will be given to 47-year-old Zola 7 for free.

The statue is made from paint and clay and took an entire seven days for Gumede to erect.

According to Gumede, he contacted both Zola and his wife to ask their permission for the statue to be made before he started and they gladly accepted the honorable gesture.

The statue was given to the star on 5 April this week.