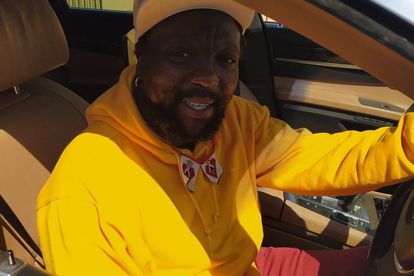 Media personality Bonginkosi “Zola 7” Dlamini has opened up about epilepsy since rumours about his death went viral two days ago.

The Kwaito star told the people’s paper that he is well and that he often faints because of the illness and he is not dead.

FAINTING IS PART OF EPILEPSY

The musician says he sometimes passes out for five minutes and stated that an epilepsy campaign should be created so that people are well-informed about the illness.

I am not well and it is true that epilepsy is very hectic and you need to learn about it. I faint most of the times but I’m not dead, I’m alive.

The longest time I passed out was two days.

He also told Daily Sun that he was born with epilepsy and he has to take different kinds of medication to keep him alive because it may kill him.

I was born with it, is only showing itself now.

When I fall on the street, just put me up, make sure there’s nothing in my mouth that can choke me.

Cross my feet. Don’t take off my clothes, don’t put water on me or anything.

Zola 7 recently trended when he fell victim to a death hoax and slammed rumours of his death on Zola Hashatsi’s social media account.

The star joked that he was dead and talking from heaven and informed his fans that he’s tired of the fake news.

Don’t say I’m alive, let people mourn, the ones that are gullible, let them mourn, I think I’m dead for the 12th time now.

The star also trended earlier this month when City Press reported that he needs financial assistance to cover the medical bills for his epilepsy.

The publication stated that the musician’s management team has allegedly begun a crowdfunding campaign to help fund his medical bills.