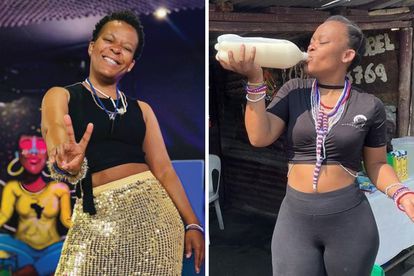 Zodwa Wabantu defended her decision to talk about undergoing 11 abortions over the years.
Image via Instagram
@zodwalibram

Zodwa Wabantu defended her decision to talk about undergoing 11 abortions over the years.
Image via Instagram
@zodwalibram

Zodwa Wabantu is used to criticism from the public for how she chooses to live her life. But her latest scandal – confessing to having 11 abortions over the years – has yielded the most backlash the provocative entertainer has ever experienced.

Despite this, Zodwa says she has “no regrets”

The dancer-turned-traditional-healer made the startling revelation during Saturday night’s episode of her reality TV show Zodwa Wabantu: Uncensored.

In the Moja Love reality show, Zodwa revealed that she had been instructed to perform a sacred cleansing ritual to acknowledge her unborn children.

In the reality TV star’s case, she had to purchase clothing for the unborn babies she had aborted over the years.

She shared: “I had four abortions. So me to you, the number of abortions I’ve done in my entire life is about 11”.

She told News24: “I had the abortions because I was stout and didn’t condomise. I don’t have any regrets.”

She continued: “There’s no one who can judge me or put judgement on my life. My truth is with God; I can die anytime if I’ve told my truth.”

And clapping back at critics, she added: “People should be checking themselves out.”

And despite her shocking admission, Zodwa Wabantu continues to live her life as an open book.

And that included relationships with much younger men, aka “Ben 10’s”.

Except, all of the relationships witnessed by the public have ended in tears.

Last month, Sunday World reported that Zodwa and her ex Olefile Ricardo Mpudi parted on bad terms with the former serving him with a protection order. This follows several lovers’ quarrels which escalated into physical altercations.

And Zodwa’s previous relationships have been nothing short of disastrous.

The mom-of-one broke up with Ntobeko Linda days before their wedding was set to take place. And her relationship with Vusi Buthelezi went down in flames after she accused him of scamming her out of a luxury car endorsement.