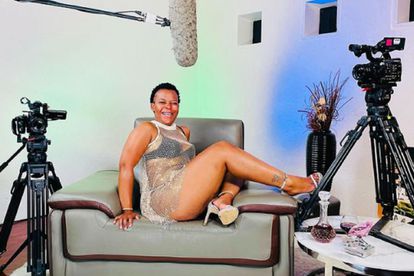 Malawi has officially banned Zodwa from entering their country.
Image via Instagram
@zodwalibram

Malawi has officially banned Zodwa from entering their country.
Image via Instagram
@zodwalibram

Not for the first time, Zodwa Wabantu has been banned from entering an African country on the grounds of her controversial nature

The dancer, club host, and reality TV star – who has also recently embraced her ancestral calling – has been denied entry to Malawi ahead of an upcoming gig.

According to a tweet by celebrity blogger Musa Khawula, Zodwa was rejected from entering the country by the Malawian Department of Tourism, Culture & Wildlife.

The star – known for her promiscuous lifestyle, including removing her underwear on stage – was billed to perform at the Winter Amapiano Vibes concert in Blantyre on Saturday 11 June.  Zodwa was also scheduled to do a meet and greet on Friday.

But authorities quickly put a halt to the star’s plans. In a screenshot of an official letter, the department revealed the motivation behind the decision. The letter read: “The Censorship Board reviewed the application in the context of the concerns regarding her controversial stage acts, and most important Zodwa as a stage artist. In processing the application, the Censorship Board had to review the pictures and video clips that are in circulation depicting Zodwa on stage.

“The ministry has noted that Zodwa has built her career and fame around morally degrading stage acts, which include flaunting her nudity to audiences”.

BANNED FROM OTHER COUNTRIES TOO

But whilst South African fans love Zodwa, the star can add Malawai to her list of countries to never visit.

In 2016, she was banned from performing in Zimbabwe after the tourism minister came under fire from the public. And that included Zim actress Anne Nhira, who in a Facebook rant,  claimed Zodwa was “overhyped” over her reputation.

A year later, the local star was banned from Zambia, over concerns her presence would undermine “national values”.