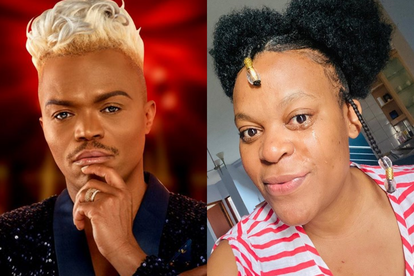 Somizi and Zodwa are accused of preying on young men. Image via Twitter: @somizi/@zodwafans

Somizi and Zodwa are accused of preying on young men. Image via Twitter: @somizi/@zodwafans

South Africans have been engaged in a huge debate on Twitter. This after one of the app’s users tweeted that local media personality Somizi and exotic dancer Zodwa Wabantu, are predators. Many people have subsequently shared their thoughts on the public figures who often date men who are a lot younger than them.

Zodwa and Somizi trend after getting accused of being predators

Over the years, media personalities Somizi Mhlongo and Zodwa Wabantu have made their relationships very public. In fact, in 2019, Somizi got married to Mohale Motaung. At the time, Somizi was 47 years old while Mohale was only 25.

The relationship is currently over but Somizi is allegedly seeing 27-year-old Lindile Mpuda at the moment.

Zodwa on the other hand has dated a number of young men who she often refers to as her “Ben 10s”. At the moment, the 36-year-old is dating a man in his early twenties called Olefile Mpudi.

ALSO READ: Rumour has it: Somizi loved up in R55k a night villa with new man [photos]

Because of these huge age gaps, many people have accused Somizi and Zodwa of “preying” on young and vulnerable men. Taking to Twitter, @leraton_ tweeted:

“I once said that Somizi and Zodwa are predators. They prey on young broke vulnerable boys but its not talked about because he’s gay and she’s a woman. And the victims are boys not girls”

SA has a lot to say

The tweet blew up as thousands of netizens headed to the comment section to share their thoughts. An overwhelming number of people agreed that the two celebs were in fact preying on men who want better lives.

Others however shared that these young men are willingly dating Zodwa and Somizi to reap the benefits of the high profile relationships.

“These young boys may be broke but they definitely not vulnerable. In fact they’re the ones preying on older successful people just so they can get a taste of that soft life. Just like broke young girls do.”

“These kids love nice life the wanna be so don’t blame them.”