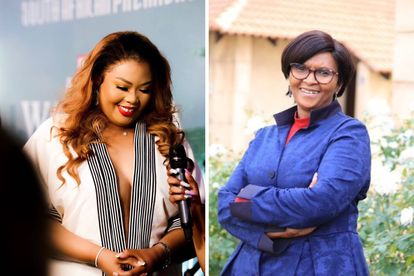 Like many South Africans, Anele Mdoda has weighed in on the backlash over Zanele Sifuba’s leaked sex tape – insisting it’s not a big deal

The 947 radio presenter shut down criticism from social media users who shamed the ANC legislature speaker for participating in the provocative clip.

ALSO READ: ‘This too shall pass’: Prince Kaybee on Zanele sex tape

On Tuesday 8 November, Zanele Sifuba topped the Twitter trends list after her sex tape – reportedly recorded via a video call – leaked on the internet.

As previously reported by The South African, the mother-of-four went viral after she reportedly refused to pay him R300 000 in blackmail money.

According to Daily Sun, the video leaked after the boyfriend allegedly threatened her with screenshots of Zanele’s nudes last week.

Following the social media reaction, the ANC Women’s League called on the public to stop viewing and sharing the viral clip.

Spokesperson Dina Pule said: “This results in very real and spiralling consequences for the victim, more especially women because they are unjustifiably held to different social standards”.

According to TimesLive, Zanele Sifuba has since opened a case of extortion against the man.

Following Zanele Sifuba’s sex tape leak, celebs like Prince Kaybee spoke out. The muso – who was also the victim of a leaked tape – offered advice to the woman.

Anele Mdoda also had her say, tweeting that shaming the woman over her sexual life was unfair.

She tweeted: “Stop acting weird about older people having sex. They have sex and a lot of it. Let people be”.

She added of Zanele Sifuba: “She must press criminal charges. Also I’m glad she didn’t pay him”.