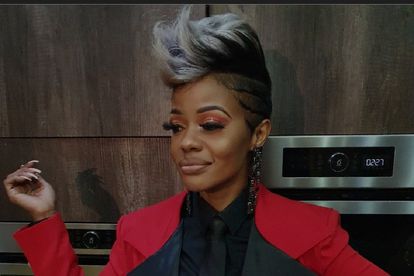 We may not know when the third season of Real Housewives of Durban (RHOD) will premiere or who the new rich wives will be, but thanks to Zandie Khumalo, we now know that the producers wanted her on the reality series.

The Ikhwela singer, who recently trended for her interview about the Senzo Meyiwa murder mystery, took to Instagram on Tuesday 26 July to reveal that she rejected a RHOD offer.

ZANDIE KHUMALO EXPLAINS WHY SHE SAID NO TO ‘RHOD’

There is no doubt that Zandie would be excited to see her on their screens more, as her sister, Kelly Khumalo, is already sharing titbits about herself on her Showmax original series, Life With Kelly Khumalo.

But, Zandies’s fans would have to wait for a show about beautiful Zulu wives, she told them — something along the lines of “Amakhosikazi Amahle AkwaZulu”.

Zandie revealed tha a few weeks ago, when approach by the RHOD team to join the cast, she declined.

“A few weeks ago I had to turn down a Real Housewives of Durban offer for my own reasons plus the fact that I’m not a housewife and I don’t even stay in Durban so I don’t pay rates there but if there’s someone out there who ever wants to shoot a TV show called “Amakhosikazi Amahle AkwaZulu” count me in I would even do that one for free,” she wrote.

SHE IS NOT THE ONLY ONE WHO REJECTED THE SHOW

According to City Press, much like Zandie, Phumla M also rejected an offer to join the RHOD cast.

Phumla M is reportedly Londie London’s fiance, Hlubi Nkosi’s girlfriend and baby mama. The publication reported in May that both Londie and Phumla were pregnant with Hlubi’s babies at the same time.

In addition, Londie London allegedly moved out of the home she shared with Hlubi amid the cheating allegations.

The singer announced that she was pregnant with her second child on the Real Housewives of Durban (RHOD) reunion which aired on Showmax on 6 May. Her bundle of joy arrived this week, according to her Instagram posts. She and Hlubi also share a one-year-old baby boy.

With Londie already a wife on the show, as she was on the second season, viewers would have seen lots more drama.