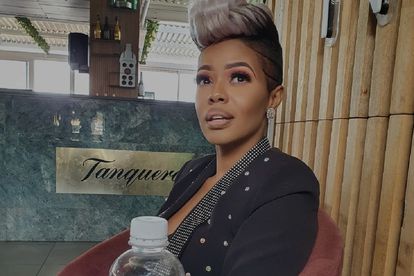 This week, Netflix announced the release of a five-part docu-series, Senzo: Murder of a Soccer Star, looking into the murder of South African soccer star Senzo Meyiwa. Singer Zandie Khumalo-Gumede shared her thoughts on the eagerly awaited documentary which will premiere on 7 April.

‘NOBODY APPROACHED ME’: ZANDIE KHUMALO

The Ngiyak’thanda singer, who is also singer Kelly Khumalo’s sister, has distanced herself from the docu-series. The former Bafana Bafana captain and Orlando Pirates goalkeeper was also the “baby daddy” of Kelly’s daughter.

Speaking to Daily Sun on Thursday 24 March, Zandie explained that she does not think the documentary will help solve the murder case.

“I don’t think there’s anything a documentary can do to help the situation, it’s people just making money out of an unfortunate situation and I don’t need to clear my name for anything.”

When asked if she is a part of the show, she revealed that nobody approached her and she hopes her name will not be mentioned.

“I don’t even know what it’s really about so it’s hard for me to feel anything. All I’m hoping is that my name won’t be on the doccie without my consent because then I will have a problem. However, my management did get in touch with Netflix management about that part. I will await feedback from them,” the singer claimed.

SO WHO WILL BE MAKING AN APPEARANCE?

The series, titled Senzo: Murder of a Soccer Star, is said to delve into what really transpired that fateful night when Meyiwa was gunned down in what was alleged to be a botched robbery in October 2014.

According to reports, seven other people were in the house with him in Vosloorus on that fateful day. These include his girlfriend at the time, Kelly Khumalo; her mother, Ntombi Khumalo; Zandie; her sister’s boyfriend at the time, Longwe Thwala; the later player’s friends, Mthokozisi Thwala and Tumelo Madlala; as well as Kelly’s two children.

However, it appears none of the above-mentioned people will feature in the doccie as producers are said to have only interviewed sports anchor Robert Marawa; former Hawks head Shadrack Sibiya; Advocate Gerrie Nel and Meyiwa’s family members for the featured footage.