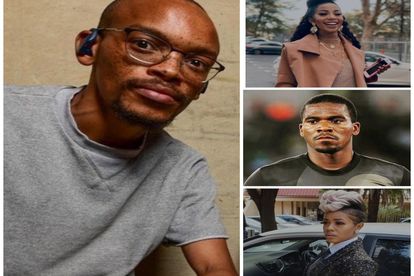 Nota Baloyi has shocked the masses with his “conspiracy theory” about what may have transpired the night Senzo Meyiwa was shot and killed in October 2014.

According to the controversial podcast contributor and former music executive, the late Orlando Pirates goalkeeper was allegedly engaging in sexual activity with his girlfriend, Kelly Khumalo, and her sister, Zandie.

Since the murder of the Bafana Bafana player, lots of theories have been presented by the public, but no one had suspected anything similar to Nota’s theory.

According to the former music manager, Zandie (who was dating Longwe at the time) and Kelly were engaging in threesomes with the late Senzo Meyiwa.

He did not stop there, as he dismissed the claim that there were intruders who broke into Kelly’s mother’s home in Vosloorus that fateful night.

“Zandie & Kelly were having threesomes with Senzo with Mthokozisi playing lookout. When Longwe found out that his girlfriend & her sister were both using him as well as his music producer father to advance their careers while fulfilling Senzo sexual fantasies all hell broke loose.

Following Nota’s theory on what may have transpired the night Meyiwa was killed, tweeps weighed in.

According to the Daily Maverick, in 2018 a Twitter account with 1.7 million followers called @AdvoBarryRoux alleged that Longwe and Meyiwa got into a fight resulting in Longwe shooting the football star.

The account had alleged that their fight was due to Kelly’s failure to pay Longwe for the drugs he had sold to her. Longwe, whose father is the iconic musician and producer Sello Chicco Twala, was alleged to have threatened the eyewitnesses if they revealed what allegedly happened.

In 2020, Minister Bheki Cele announced that five men had been arrested in connection with Meyiwa’s murder despite the witnesses’ previous claims that only two men entered the house.