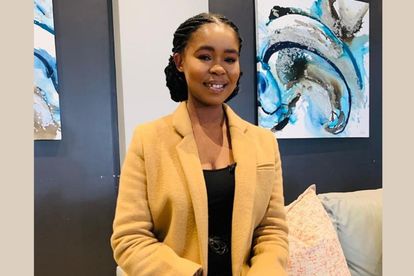 South African singer Zahara has been through a lot over the last few years. Her struggles, both mentally and financially left her millions of fans worried over her well-being especially after hearing her plead for help after a bank threatened to repossess her home earlier this year. While she may have seemed down and out, the Loliwe singer remains ever the optimist and recently assured her fans that she is doing well after taking to Twitter to share an inspiring post:

In April this year, it was reported that Zahara was on the verge of losing her Roodepoort townhouse after failing to make payments.

Shortly after that, the singer confirmed the news stating that she is in fact struggling.

Her townhouse was set to be auctioned on May 7 after defaulting on her monthly installments of R17,665.

The hitmaker told TshisaLIVE she was given a six-day grace period to pay her R1.9m home loan. Many of her fans suggested she do a performance  – something they would one hundred percent support.

Taking their advice, Zahara announced that she would be performing in June this year. Unfortunately, she fell sick and was unable to have the concert.

It appears she is doing tons better now after she recently took to her Twitter page to share an overly inspirational post about how she is continually rising despite her struggles.

“When all is said and done but you stand,” she captioned a photo of herself.

Her fans love it

The post was well-received by her fans who loved to see that she is maintaining her positive attitude towards life.

“You are the rock of ages.  Being through it all but still standing.  God have mercy on you Zaa. You are a living testimony that troubles comes and go.  Hope you find your feet again and become a billionaire this time.”