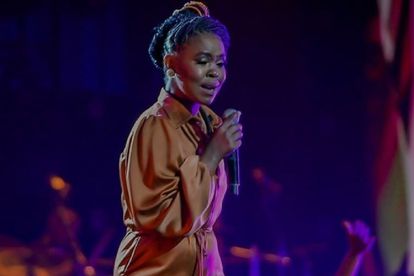 Singer Zahara has humbly asked her fans to donate money to her. Image via @zaharasa/Instagram

Singer Zahara has humbly asked her fans to donate money to her. Image via @zaharasa/Instagram

Award-winning musician Zahara is humbly asking Mzansi to help her keep her home.

At the beginning of the month, it was reported by City Press that the singer stands to have her Roodeport townhouse auctioned by Saturday 7 May as a result of defaulting on her monthly instalments of R17 665, 40.

ALSO READ: ‘It would be unfair’: Bank threatens to auction Zahara’s Joburg home

The entertainment industry in South Africa has been rocked by lockdown which started in 2020 due to the coronavirus pandemic. When the country was declared to be under a national state of disaster, gigs and performances dried out as gatherings were restricted. This led to many musicians facing financial woes.

According to the publication, Zahara has been struggling to pay her R1.9 million loan for her Roodeport home and Nedbank was reportedly set to auction off her home to the highest bidder.

As a result, the Loliwe hitmaker is asking for help – according to Daily Sun.

“Even if it’s as little as R100. I’m open for help from anyone!” she was quoted as saying.

She added that anybody prepared to assist can call her on 067 037 1750 and she will let them know how and where they can send donations.

A FRIEND REACHES OUT

Meanwhile, a friend has reached out to Zahara, offering to lend a helping hand.

Thabo Jama, a musician who recorded Shappa Phala and Thandaza with Zahara told Daily Sun he wants to help as they have become friends through her kindness.

The YouTuber says that the Mgodi singer offered to help him for free when he was in desperate need to get his career off the ground and now it’s time for him to return the favour.

“I’ve got designer clothes, some that I’ve only worn once. I’ve already started to approach people who own clothing stores to buy these clothes,” he said.

“When you’re at her house, you don’t feel like a visitor. You feel like you belong there. She deserves all the help she can get.”

Jama further said he has spoken to Zahara and she is grateful.

“I told her saw the news and I would like to help her and she thanked me. She said I have a big heart and she is grateful to have a friend like me.”

“We hadn’t spoken extensively about what he wants to do for me. I really appreciate his help,” Zahara reportedly said about Jama’s kind gesture.