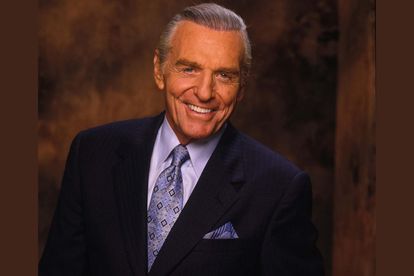 ‘The Young and the Restless’ star Jerry Douglas. Image via Instagram @youngandrestlesscbs.

‘The Young and the Restless’ star Jerry Douglas. Image via Instagram @youngandrestlesscbs.

Veteran actor Gerald “Jerry” Douglas passed away on Tuesday 9 November at the age of 88.

Jerry Douglas is best-known for his role as John Abbott, a Jabot Cosmetics tycoon on the popular soap opera The Young and the Restless. Douglas played John Abbott for 25 years.

His family confirmed that he passed away on Tuesday 9 November after a brief illness. No cause of death has been disclosed to the public as yet.

Douglas was born on 12 November 1932 which means his death was just days before his 89th birthday. He was born in Boston, Massachusetts and he was the son of Eastern European immigrants. He initially pursued a law career. However, eight months into law school he decided to ditch the books for auditions.

‘THE YOUNG AND THE RESTLESS’: ‘HE WILL BE GREATLY MISSED BY THE Y&R FAMILY’

Douglas played the father of prominent characters Jack, Ashley and Tracey Abbott on the soapie. He starred in an estimated 900 episodes starting in 1981 until his character was killed in 2006. For the next 10 years he made appearances as John Abott’s ghost.

“Please join us in sending our condolences to the family of Jerry Douglas, known for his long-running role as the iconic John Abbott on The Young and the Restless. He will be greatly missed by the Y&R family,” the post was captioned.

The news of his death comes just a month after his co-stars from The Young and the Restless gathered to celebrate his upcoming 89th birthday.

“Feel so lucky to have been included in this unbelievably special birthday lunch for Jerry Douglas! Thank you @peterbergmanyr and @eileendavidsonofficial so much! I will cherish this afternoon always❣️ #johnabbott,” wrote Lauralee Bell, who plays Christine Blair on the series.

CONDOLENCES POUR IN FOR JERRY DOUGLAS

Lauralee also took to Instagram to pass her condolences to the family.

“Sending my love and deepest condolences to Kym, Hunter, Avra,Jod and the whole family! We all loved Jerry so much! I was lucky enough to know Jerry since I was young,” she wrote.

“At times he felt like a father figure (maybe because we all wanted John Abbott as our father) and sometimes he’d remind me of my dad, but more often with all the events we’ve had, filled with laughs, he was the kindest man and the sweetest friend and I will miss him so much!” she continued.

“Again, feel so fortunate for the group lunch date a few weeks ago. Thank you to Eileen, Peter and Kym for making that special memory possible! ❤️ Rest In Peace Jerry and Happy Birthday! You will be very missed! Love you Kym!#jerrydouglas ❤️,” she added.

He also starred on The Untouchables,The Donna Reed Show and Mission: Impossible.