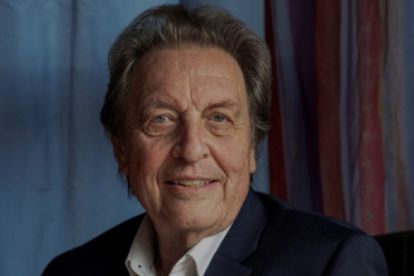 Elon Musk’s father, Errol, has denied claims that he is a womaniser despite claims of countless lovers and two kids with his stepdaughter. Image via @jovempancaruaru/Instagram

Elon Musk’s father, Errol, has denied claims that he is a womaniser despite claims of countless lovers and two kids with his stepdaughter. Image via @jovempancaruaru/Instagram

After revealing last month that he slept with his stepdaughter, Jana Bezuidenhout, and fathered two children with her in 2017 and 2019, Errol Musk has denied claims he is a serial womaniser despite claims of countless lovers.

According to The Mirror, the Tesla CEO’s father has revealed that many of the sexual encounters he’s had with “hundreds” of women were in his head.

ERROL MUSK DENIES BEING A WOMANISER

Errol made headlines last month when he revealed that he had two children with his stepdaughter, Jana,35, whom he had raised from the age of four. The 76-year-old, who has previously claimed that humans are only on this earth to reproduce, has denied that he is a Lothario.

“I wish I was a Lothario. I think every man would love to be one but I’m not. In my head I’ve slept with hundreds of women. Occasionally I find a woman that is attracted to me.

“(But) I’ve been on my own for at least three years,” the Mirror quoted him as saying.

IS HE REALLY NOT PROUD OF HIS BILLIONAIRE SON?

Errol has also come out to clear rumours he’s not proud of his son, Elon. In an interview with KIIS FM’s Kyle and Jackie O on 1 August, the South African engineer seemed to dismiss his son’s success.

When the Australian radio presenters asked if he was proud of the SpaceX boss, Errol replied:

“No. You know, we are a family that have been doing a lot of things for a long time, it’s not as if we suddenly started doing something.”

However, the New York Post reports that during the latest episode of Piers Morgan Uncensored, Errol Musk addressed the unpleasant remark and said he was misquoted.

“I never said anything like that. I have been proud of him since the day he was born.